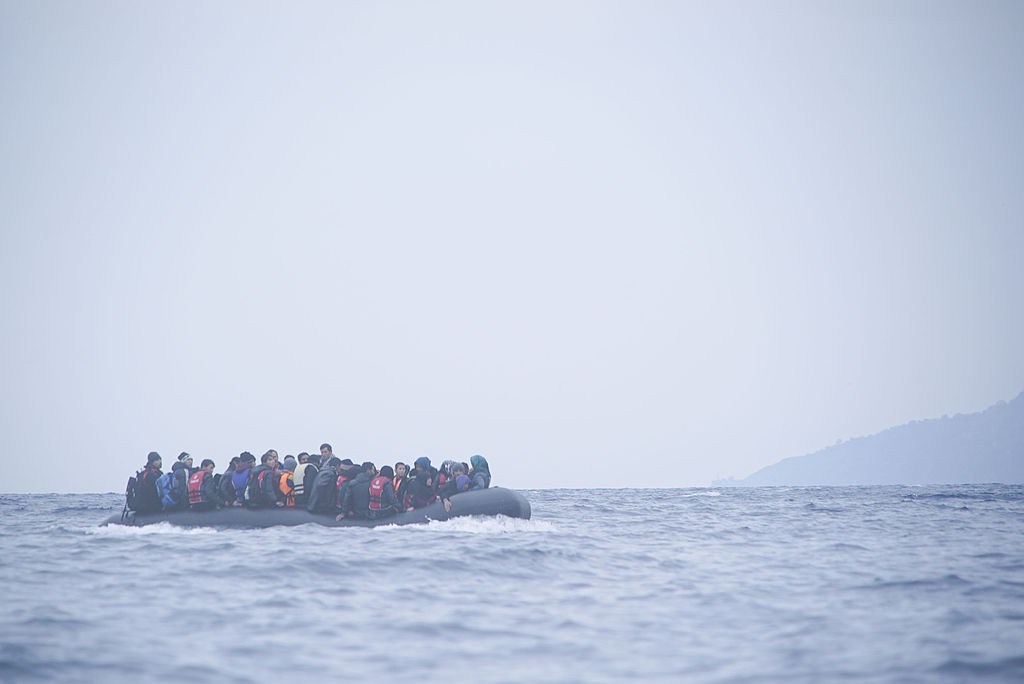 More than 80 transmigrants were last night detained in Oostduinkerke on the Belgian coast, while waiting to embark on a dangerous crossing to the UK.

The migrants were rounded up before being able to take to the sea in a Zodiac-style dinghy, of the sort that so often ends up in a tragic accident when attempting a crossing to the UK.

“During a major search, a total of 80 migrants and a large non-seaworthy zodiac were found,” said mayor Marc Vanden Bussche. “I am urgently asking for additional resources.”

The Belgian coast experiences regular interceptions of trans-migrants – in other words, migrants whose aim is not to remain here, but to move on, usually to the UK. But in most cases they end up at the Belgian coastal towns on their way to the French ports from where the crossing is shorter, if not appreciably more safe.

One week ago 106 migrants were rescued when their flimsy boat gave up the ghost off the coast of Dunkirk in France. Last week 49, mainly Vietnamese, were rescued trying to cross from Koksijde in Belgium.

For the local authorities, in Belgium as in France, it’s a never-ending stream.

“Around 3 o’clock the teams of the Westkust police found a van with transmigrants. This near the sea near the Waldersee protected monument in Oostduinkerke,” said mayor Vanden Bussche.

“Originally it was about nine people. A large-scale search followed, coordinated by the Westkust police, both at sea and in the dunes to avoid taking any risks. That number quickly rose to 40 and later to 80 transmigrants.”

The rising number of migrants led to the deployment of police from neighbouring zones and the maritime police, as well as drones to scan the dunes, where access is more difficult. A large rubber boat, qualified as not being sea-worthy, was found in the vicinity.

The traffickers will, for a momentous financial sum, provide transport to the seaside, some form of boat and rudimentary life-jackets, and leave the migrants to the elements. Some of the boats are later found on the beaches of Kent in England. Many more, like their passengers, are never seen again.

The migrants, mainly Vietnamese, were transported by a commandeered tram to Koksijde, where they were seen by the victims’ help service and the Office for Foreigners. They were also fed and tested for Covid-19.

“Thanks to this rapid intervention, we were able to avoid a potentially life-threatening situation. Unfortunately, the transmigrant and human trafficking problem remains a permanent problem that we are confronted with almost every day,” said Vanden Bussche.

“As a police zone, we have been committed to this for years. As chairman of the police zone, I therefore ask that additional resources are urgently used for transmigration via smallboats. This is the second time in a week that we have been confronted with this and this on the eve of the busy season. I have urgently asked for a consultation with the governor of West Flanders.”