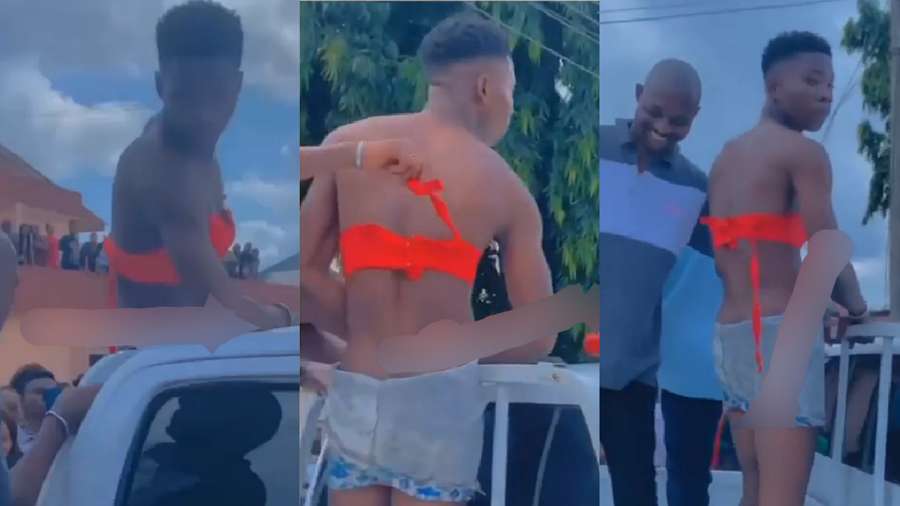 A young Nigerian man has been caught sneaking into a female university hostel at night while dressed as a girl.

According to an eyewitness who shared the viral video on social media, the young man deceitfully dressed in a female attire so as to make the female students think he’s one of them.

The report further revealed that the incident happened at night when students have already retired to their various hostels for night sleep.

And the unusual act was perpetrated by a male student of lgnatius Ajuru University of Education, Port Harcourt, Rivers State, Nigeria.