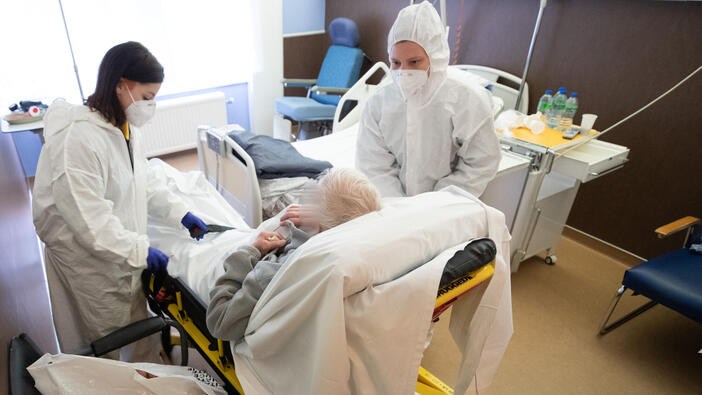 The average number of people dying as a result of the coronavirus is continuing to decline in Belgium, according to the latest figures from the Sciensano Public Health Institute updated on Wednesday morning.

Between 16 and 22 May, an average of 19 people died per day from the virus (down by 16.4% from the previous week), bringing the total to 24,873 deaths since the start of the pandemic in Belgium.

During the same period, an average of 2,401 new coronavirus infections were detected per day, up by 14% compared to the previous week, following a period of continuous decline.

However, virologist Steven Van Gucht emphasised during a press conference of the crisis centre on Tuesday that this was no reason for concern, as the weekly average is being compared with that of the week before, which was a bank holiday week.

Meanwhile, the daily average of testing over the past week also increased significantly by 18% (an average of 49,548.1 tests were carried out) with a positive rate of 5.4% (down by 0.4%).

Since the beginning of the pandemic, 1,050,677 cases of coronavirus infection have been diagnosed in Belgium.

Between 18 and 24 May, there was an average of 109.4 new hospital admissions per day due to the coronavirus, a 15% decrease compared to the previous reference period.

Over the last two weeks, the number of ICU cases has decreased by almost 200 and is approaching the threshold of 500, set by the Consultative Committee as the boundary at which it would be safe to open up more of society in June.

According to Van Gucht, Belgium may have fewer than 500 patients in ICU by the end of this week.

The reproduction rate of the coronavirus in Belgium last week dropped to below 0.90 and remained stable at 0.88 for two days. After rising to 0.93, it has now gone back to 0.87. When this number is below 1, it means that the epidemic gradually slowing down.