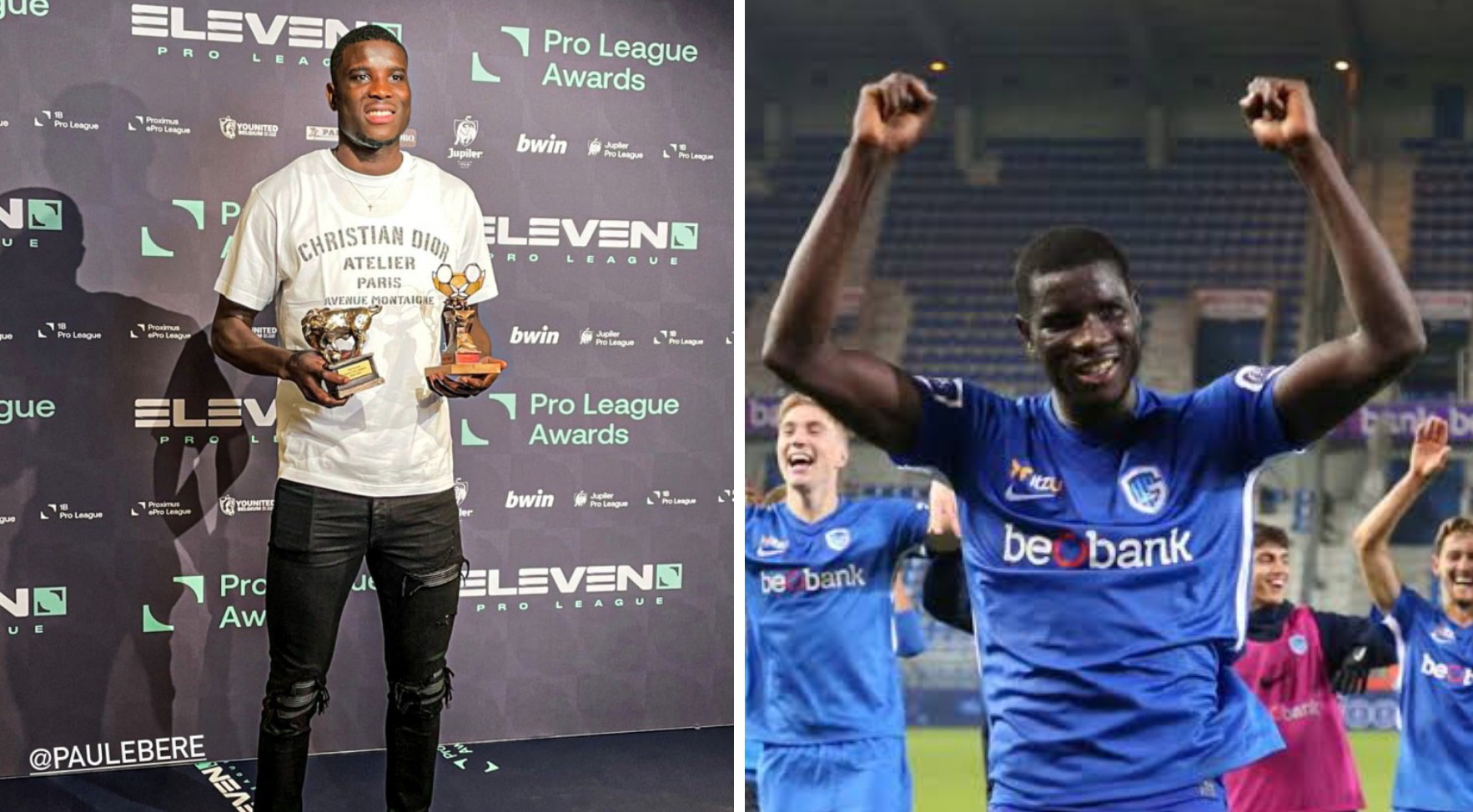 Super Eagles and Genk forward Paul Onuachu has won the Jupiler Pro League Professional Footballer of the Year award for the 2020/21 season.

The Nigeria international scored 33 goals and provided five assists in 38 league appearances for the Smurfs.

The Nigeria international played a key role as Genk won the Belgian Cup and came second behind Club Brugge in the league.

He has been linked with a move away from the club with Sevilla, Liverpool, Celtic and RB Leipzig said to be interested in his services.

Genk wrote on Twitter:”Congratulations Paul! AS a club, we are of course very proud of this election of Paul. He is already a legend of KRC Genk.”

Onuachu made the Super Eagles final 24-man squad unveiled on Monday for their international friendly against Cameroon on 4th of June in Austria.