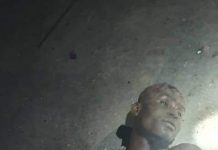 Two bandits terrorizing residents in Imo state have been gunned down during a battle with police.

Two bandits have been confirmed killed by the Imo State Police Command, on Tuesday.

The dead bandits were killed during a gun duel that lasted for hours in the Ohaji/ Egbema axis of the state.

The operatives also recovered a service rifle and ammunition from the slain bandits.

The police spokesperson in the state, Bala Elkana, who spoke to our correspondent in Owerri, said the bandits were suspected to be part of the gang that attacked the Owerri Correctional Centre and the state Police command headquarters in Owerri, on April 5.

Elkana said, “Imo Police Command neutralised hoodlums that masterminded the attack on the Command Headquarters and Correctional Centre in April, 2021.Recovered AK 47 Rifle with a cache of live ammunition.

“In response to the mandate given to the Commissioner of Police Imo State, CP Abutu Yaro, by the Inspector General of Police, IGP Usman Alkali Baba, to ensure that the hoodlums who attacked the Command headquarters Owerri and Correctional Centre, Owerri, are apprehended, the Command on 24th May, 2021, carried out a well-coordinated operation at Ocha Community, Awara in Ohaji/Egbema Local Government Area of Imo State.

“The hoodlums were engaged in a gun battle. During the gun duel that lasted for about two hours, two suspects believed to have masterminded the attack at the Police Headquarters and Correctional Centre, Owerri, on 5th April, 2021, were fatally injured.

“The suspects are Unchenna Elendu of Umukusu Ocha area and Elu Osinachi of Umuobube Awara.

“The two suspects were taken to hospital for medical examination. The doctor on duty confirmed Uchenna dead on arrival while Osinachi Elu who was in coma, was subsequently confirmed dead.

” One Ak47 Rifle with breach number 11654 and a cache of live ammunition were recovered. Also recovered are a number of expanded ammunition, matchets and criminal charms tied around the waist of the suspects.

“The operation will be sustained until all the perpetrators of the dastardly attack are brought to justice.”