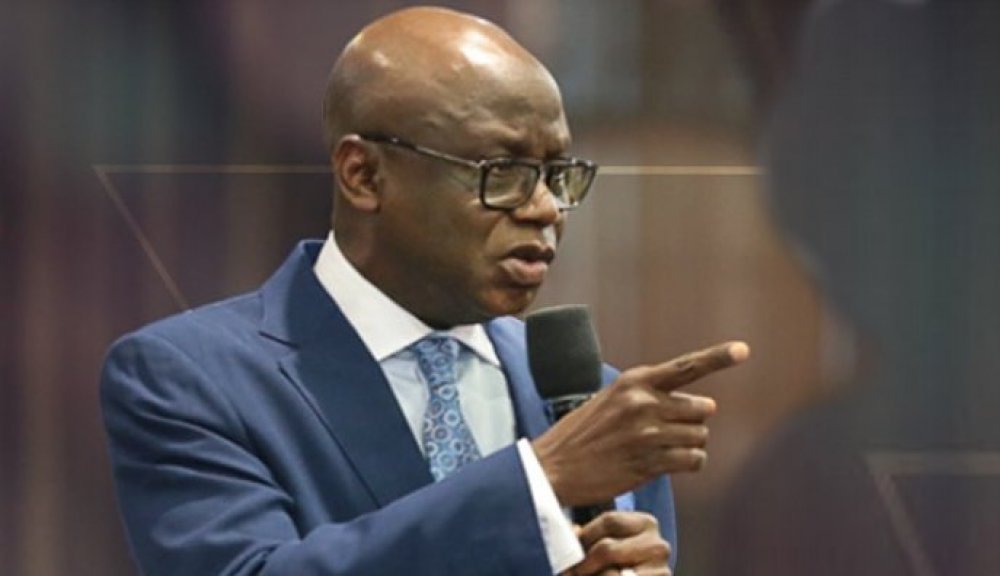 The General Overseer of the Citadel Global Community Church (CGCC), Pastor Tunde Bakare, has accused Nigerian youths of being responsible for the country’s bad state.

Bakare stated this while speaking on Saturday at the maiden edition of The Conversation Africa Series organized by the Legacy Youth Fellowship in Lagos.

According to the clergyman, some youths in their 20s and 30s are responsible for Nigeria’s current woes.

The former vice-presidential candidate maintained that the the older generation are responsible for the country’s woes but youths.

Tunde Bakare said: “Young Nigerians are asking why a country so rich wears the inglorious badge of the poverty capital of the world. Consequently, we have seen determined young Nigerians fired up and ready to take their country back from the so-called gerontocrats.

“Our current youths need to be reminded that on May 24, 1966, a 31-year-old Head of State destroyed the foundation of federalism and made Nigeria a unitary system and also in mid-1970’s some young and zealous army generals in their 30’s overthrew the government in their bid to sanitize the system but ended up destroying it among other incident.

“Young Nigerian patriots, you can see from this brief recourse to history that Nigeria was brought to its current state, not necessarily by gerontocrats, but by mostly young Nigerians, some of whom had been actively involved in governance from their 20’s, 30’s and 40’s, and some of whom are relevant even now. It is why I say that youth, in a sense, brought us here.”

This online news reports that General Yakubu Gowon – as a very young military officer – became Nigeria’s head of state after a coup in August 1966.

See also  Pompeo increases bounty on new, shadowy ISIS leader to $10M as rumors of his death in Syria swirl

He also led Nigeria through the civil war before he was also overthrown by other military officers.