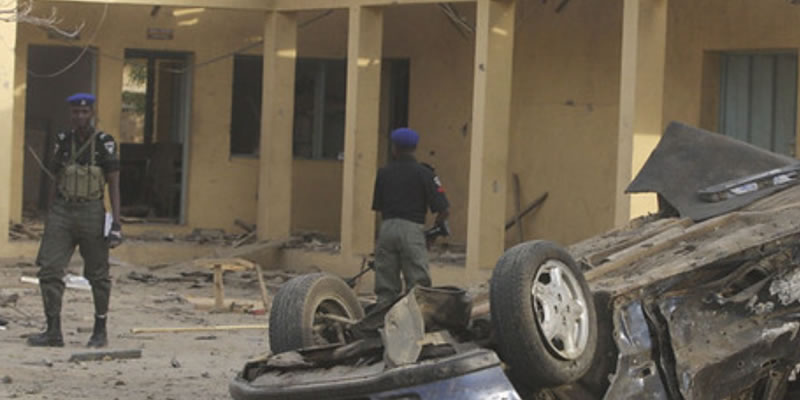 One police officer dead and others injured as the popular Ugbuodo police divisional headquarters in Ebonyi Local Government Area was attacked by more than twenty unknown gunmen.

However, the unknown armed men were repelled by the police officers on duty, resulting to the killing of one of them and one AK 47 recovered from him.

This was contained in a statement signed and released by the Police Public Relations Officer, Loveth Odah.

According to the Commissioner: “At 1200hrs, hoodlums driving in a Mitsubishi L300 Bus numbering about twenty, some came on foot through the back fence, attacked Ugbuodo Divisional Headquarters in Ebonyi Local Government Area of Ebonyi State who immediately opened fire, shooting sporadically at the Policemen on duty.

“But they were swiftly challenged and repelled back. In the gun battle that ensued, one (1) of the attackers was killed, his AK47 rifle, GSM Phone and Jackknife recovered while others escaped with bullet wound injuries.

“However, one Mobile Police Personnel paid the supreme price,” he said.

It was gathered that the Commissioner who visited the Division for an on-the-spot assessment of the situation, also ordered a manhunt for the fleeing hoodlums with a view to arresting them for prosecution.