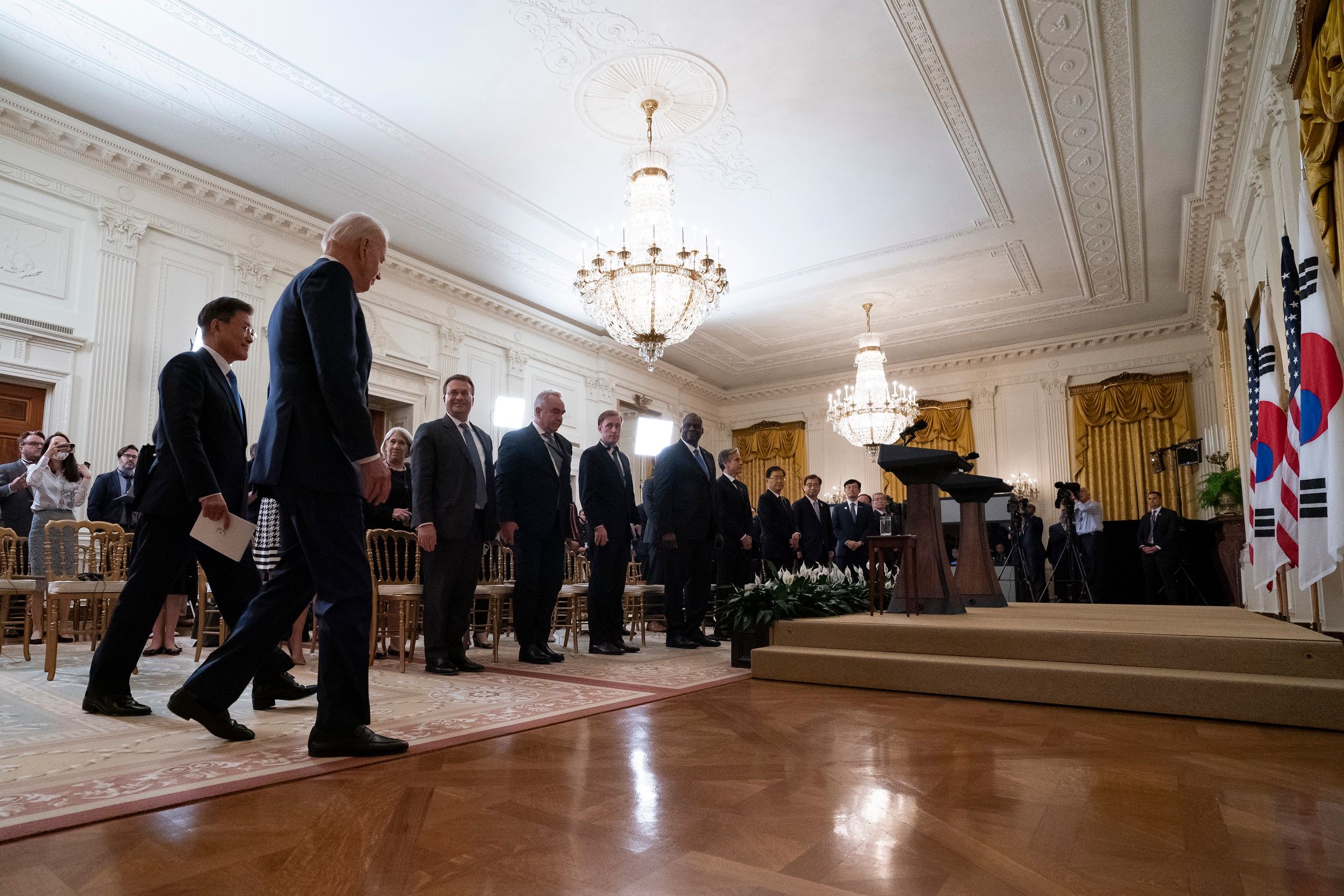 President Joe Biden said Friday there has been no shift in his commitment to Israel’s security, but insisted a two-state solution that includes a state for Palestinians remains “the only answer” to that conflict.

Biden spoke at a White House news conference on the first full day of a cease-fire after 11 days of Israeli-Hamas fighting that killed well over 200 people, most of them Palestinians in Gaza.

Biden, speaking at the end of a visit by the president of South Korea, also played down the idea that the newly ended fighting had opened a rift among Democrats, as scores of Democrats split with Biden’s “quiet diplomacy” with ally Israel to publicly demand a cease-fire.

“My party still supports Israel,” Biden said. “Let’s get something straight here,” he added. “Until the region says unequivocally they acknowledge the right of Israel to exist as an independent Jewish state, there will be no peace.”