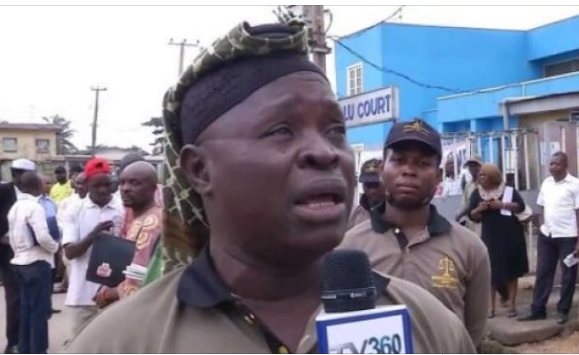 Islamic human rights group, the Muslim Rights Concern (MURIC) has warned against the move by the Nigerian legislature to legalise cannabis in Nigeria.

According to the group, the legalization of cannabis will be the last nail in the coffin of morality in Nigeria.

Recall that Benjamin Kalu, a spokesman of the House of Representatives, had on Monday in Akure, Ondo State, said that cannabis would aid Nigeria’s industrial drive and boost her internally generated revenue (IGR).

But MURIC, reacting to this in a statement signed by its director, Professor Ishaq Akintola, said it strongly condemned the attempt to compartmentalise Nigerians into vicious drug cartels.

The group accused Kalu of trying to turn Nigeria into another Mexico on the African continent, adding that the country already has serious security challenges which could be compounded by the legalisation of cannabis.

“The security challenges we are currently facing are punishments for our recklessness. Instead of thinking of making criminal elements in the country ‘turn back from their evil’, Kalu wants to cap the edifice with drug war,” the group said.

“There is no gainsaying the fact that the legalisation of cannabis will be the last straw that broke the camel’s back in terms of its impact on insecurity and the last nail in the coffin of morality in Nigeria in terms of the country’s descent into the abyss of moral debauchery which began a long time ago,” it said.

MURIC further made a connection between Kalu’s statement and an earlier position of Governor Rotimi Akeredolu on the matter.

“This lawmaker spoke in Akure, the capital of Ondo State. Nigerians will recall that Governor Rotimi Akeredolu of Ondo State has been advocating for the legalisation of cannabis since 2019,” MURIC said, adding that “There is no doubt that he has not given up. Kalu is his latest recruit into his cannabis promotion camp.

“The Akeredolu school of thought is only thinking of the material aspect and economic gains obtainable from the legalisation of cannabis sativa (also known as Indian hemp).

“Have they put in place the necessary precautions? Do Nigerians obey laws? Do they listen to simple instructions?”, MURIC added.

The group further attributed major road accidents to the use of cannabis by commercial drivers.

MURIC also believes that those who burned hundreds of luxurious buses of the Lagos State Government during the #EndSARS protests were under the influence of drugs.

“Nigeria is passing through unimaginable social trauma at this period. The crime rate is very high and it is mostly induced by drug.

The major point raised by Kalu and Akeredolu has been economic benefit but what have the politicians done with all the billions of dollars from oil all these years?

“Cannabis may have its benefits but the disadvantages outway the advantages,” MURIC said while calling on the federal lawmakers to reject any attempt to smuggle the cannabis bill into the hallowed House.