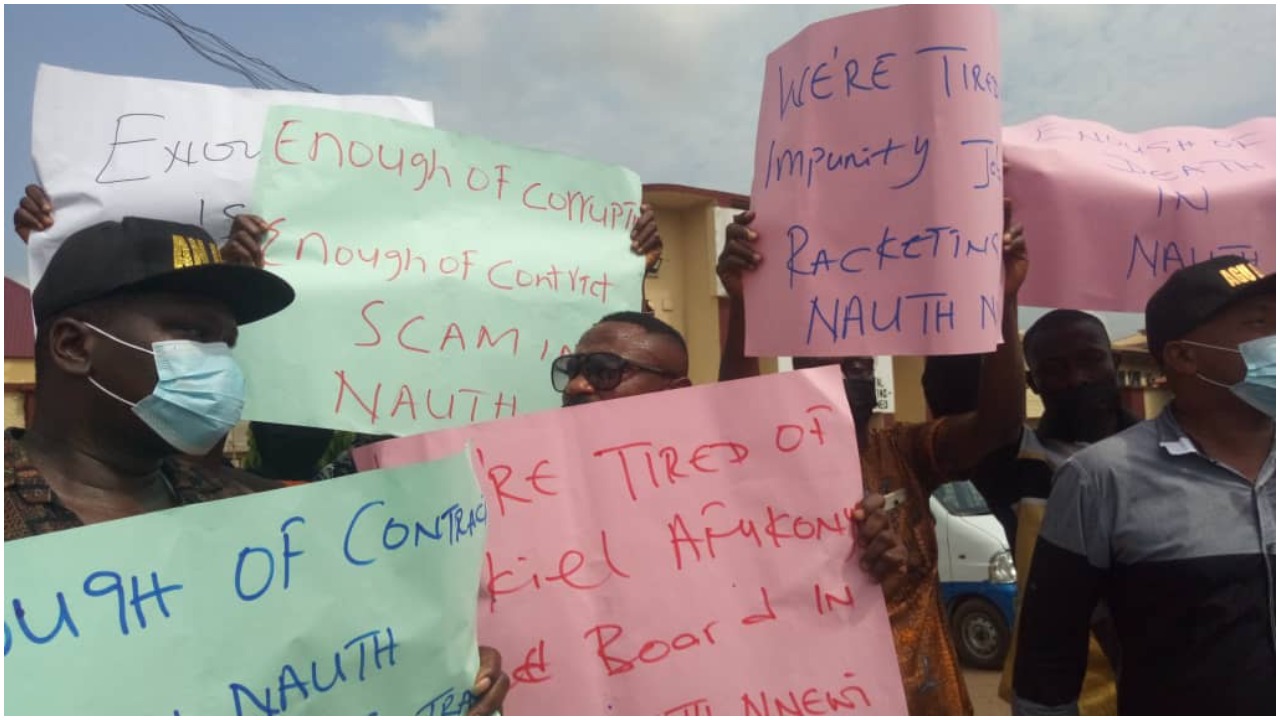 Patients, relatives of patients as well as stakeholders of the Nnamdi Azikiwe University Teaching Hospital, Nnewi, Anambra State have protested what they described as poor service delivery in the hospital.

The patients, relatives and staff under the aegis of Advocates For Good Governance who wielded placards, blocking the gate of the hospital on Monday said lots of avoidable deaths have happened in the hospital, because of poor management.

In a letter titled: “Abuse of Due Process, Racketeering, Extortion, Graft and Celebration of Corruption at Nnamdi Azikiwe University Teaching Hospital, Nnewi”, signed by concerned advocates from the hospital community and made available to DAILY POST, faulted the management of the hospital over contract awards.

The group said: “There is lack of drugs in the hospital, including the absence of drugs in emergency wards and theatres, leading to patients frequently being asked to go outside the hospital to procure drugs.

“Surgical operations are frequently postponed due to lack of materials in the theatre, this leads to patients dying in emergencies and wounds unattended to for days due to lack of medical supplies for dressing.

“As members of Advocates for Good Governance and interested parties, we were quite concerned and alarmed to discover that Jobs are racketeered and sold, this leads to recruitment of unqualified personnel.

“We have decided to carry out a peaceful protest to sensitize the public on what is happening in NAUTH, the only Federal medical institution in Anambra and demand the cancellation of the whole CMD selection process and the start of a new one.”

The group called for the dissolution of the present hospital management board, saying they can never oversee a free, fair and transparent process, alleging that they are deeply rooted in corruption.

Reacting to the protest, the Acting CMD, Ugbiaja dismissed the protesters as faceless and paid miscreants, saying he was aware of the planned protest.

He said, “Those people cannot be taken seriously, they are miscreants who do not even know what they were gathered for, the hospital is a public place, the processes are open, there are official channels for seeking redress.

“It is sad that members of the hospital community can sponsor such propaganda. Whoever is not satisfied with anything should follow the right channel, which includes the hospital board and the ministry of health.

“The people behind it are not happy that they lost even though they know nothing about hospital management,” he said.