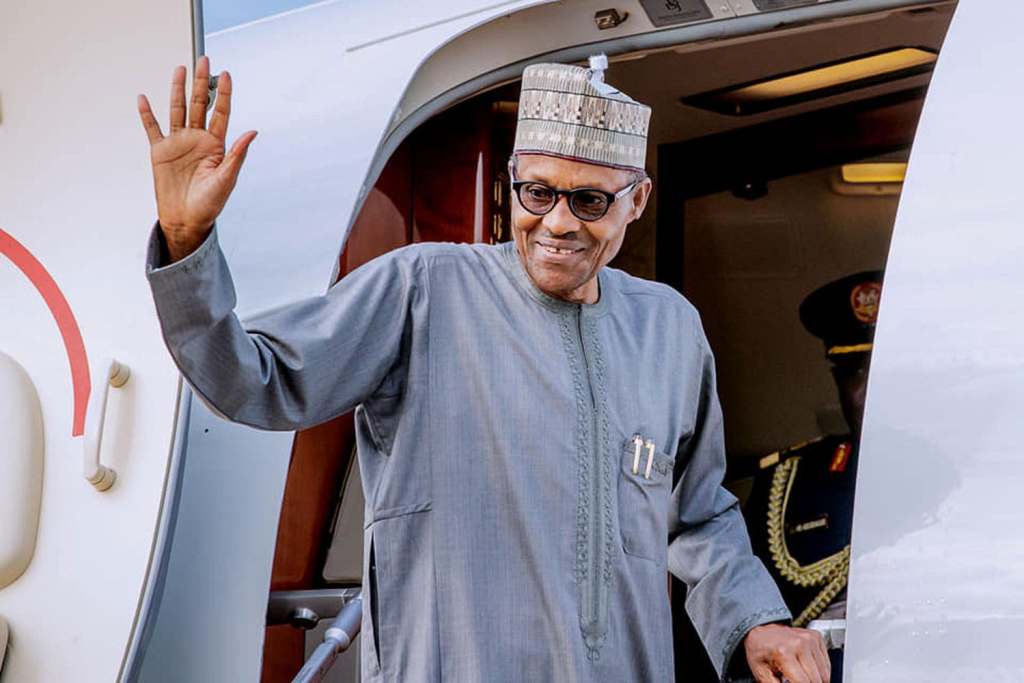 President Muhammadu Buhari is set to jet out of Nigeria for France on Sunday, May 16, 2021.

The President will be in France on a four-day official visit to attend African Finance Summit which would focus on reviewing the African economy, following shocks from the Coronavirus pandemic, and getting relief, especially from the increased debt burden on countries.

The summit is to be hosted by the President of France, Emmanuel Macron, and would be attended by major stakeholders in the global finance world as well as other heads of government.

Buhari will be accompanied on the trip by some Ministers and intelligence/security chiefs.

The full statement on Buhari’s trip as made available by the Presidency on Saturday reads: “President Muhammadu Buhari would on Sunday, May 16, 2021, depart Abuja for Paris, France, on a four-day official visit to attend African Finance Summit which would focus on reviewing African economy, following shocks from Coronavirus pandemic, and getting relief, especially from increased debt burden on countries.”

“The Summit, to be hosted by President Emmanuel Macron, would draw major stakeholders in the global finance institutions and some Heads of Government, who would discuss external funding and debt treatment for Africa, and private sector reforms.”

“During the visit, President Buhari would meet with the French President to discuss growing security threats in Sahel and Lake Chad region, political relations, economic ties, climate change and partnership in buoying the health sector, particularly in checking spread of Covid-19, with more research and vaccines.”

“Before returning to Nigeria, President Buhari would receive some key players in the oil and gas sector, engineering and telecommunications, European Council and European Union Representative for Foreign and Security Policy and Commission, and members of the Nigerian community.”

Meanwhile, the Joint Admission and Matriculation Board, on Saturday extended the deadline for the ongoing 2021 UTME/DE registration exercise by two weeks.

The exam body disclosed this development after a meeting with stakeholders following reports of widespread delay in the registration process among candidates for the 2021 Unified Tertiary Matriculation Examination.

The Registrar of Jamb, Ishaq Oloyede, while speaking on the decision of the exam body said the exam will now start on the 19th of June 2021 and end on the 3rd of July.

Prof Oloyede also announced that the registration exercise will now end on May 29.