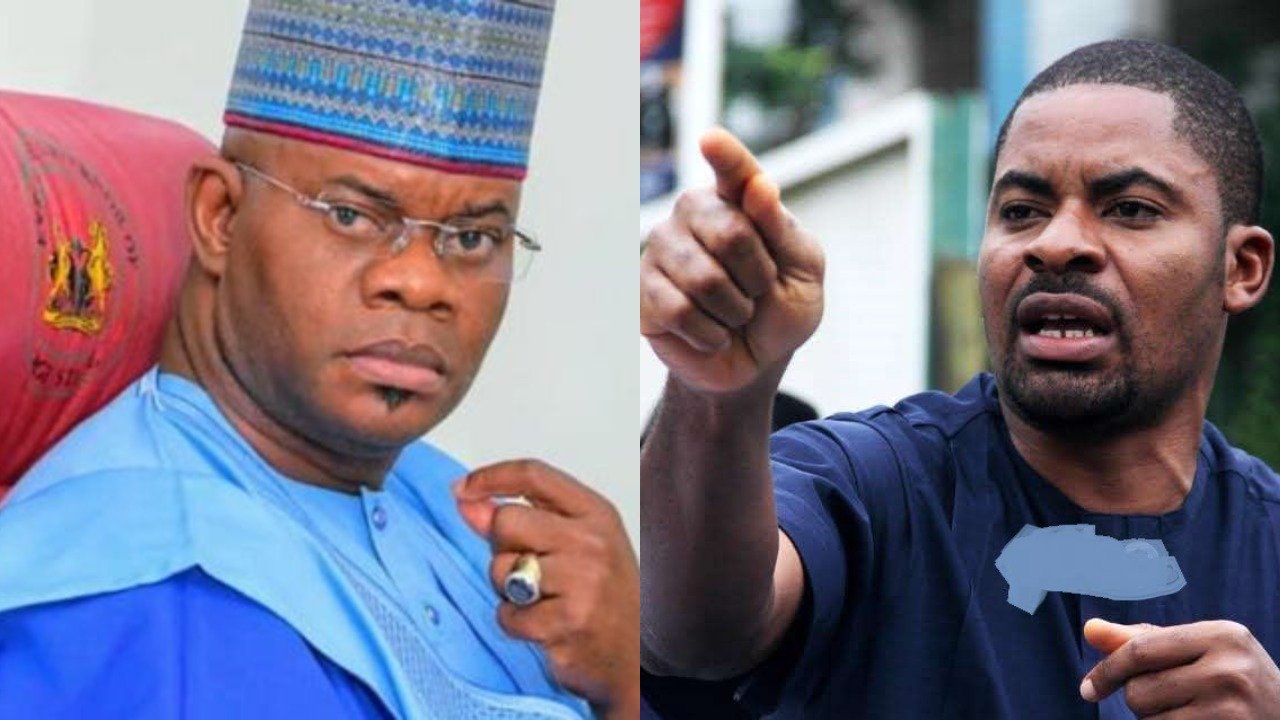 The co-convener of Concerned Nigerian Advocacy Group, Deji Adeyanju, has mocked the Governor of Kogi State, Yahaya Bello, over his intention to run for presidency in 2023.

The activist said Governor Bello lacks the capacity to be president of a “pig farm,” let alone, rule Nigeria.

Recall that Bello hinted on running for the 2023 presidency when he pledged not to disappoint Nigerians.

The governor had said some Nigerians were asking him to run for President in 2023.

He had said: “Nigerians, the youth and women including very objective elites, are asking me to run for President in 2023.”

In a tweet, Adeyanju wrote: “NEWS: All Nigerians are asking me to run for President in 2023, I will not disappoint – Yahaya Bello

“ME -Yahaya Bello is not fit to be president of a pig farm. Kogi State is the worst governed state in Nigeria. Civil servants are feeding from dustbins.”