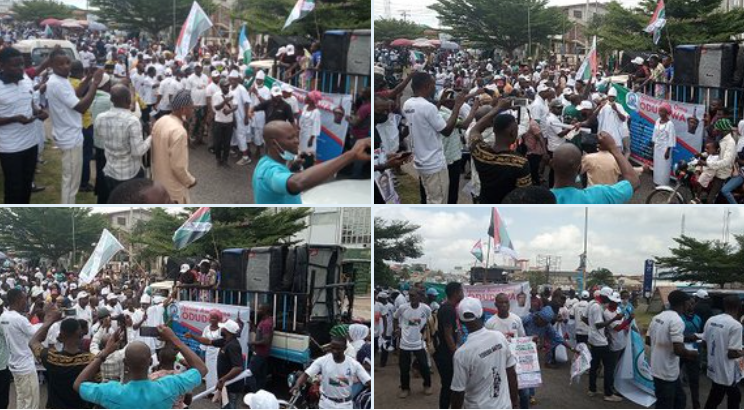 Heavily armed security operatives on Saturday morning took over strategic parts of Osogbo, ahead of a planned protest by agitators of Yoruba Nation.

It was gathered that a heavy presence of security operatives was noticed in the state capital, which made the agitators change the venue for the protest.

The protesters had fixed Mandela Freedom Park, Old Garage area as a converging point but changed it to November 27 bridge, around NECO office, Africa Area, Osogbo.