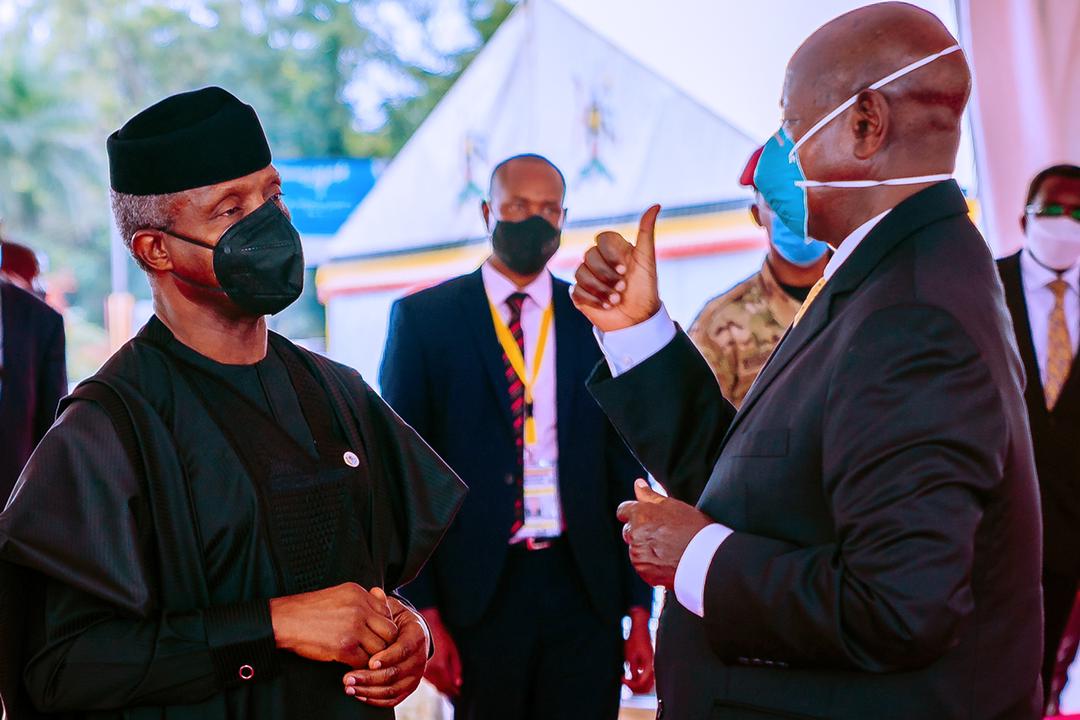 It reported earlier that the 76-year-old politician who has served Uganda since 1986 was on Wednesday, May 12 sworn in for another term in office, making it his sixth term as president of the African country.

It was gathered that security personnel were deployed in their numbers around the home of his main opposition rival, Bobi Wine, who decried the inauguration as a “sham”.

Museveni was declared winner of the January election despite controversies and reports of irregularities during the polls. Museveni today took the oath of office at a ceremony in Kampala broadcast on national television. The ceremony was attended by several African heads of state and other foreign dignitaries.

Museveni who appeared in a dark blue suit and his trademark wide-brimmed safari hat, during the swearing-in promised to “pay true allegiance” to the East African country he has ruled nonstop since taking power as a rebel leader in 1986.

See photos from the swearing-in ceremony below: