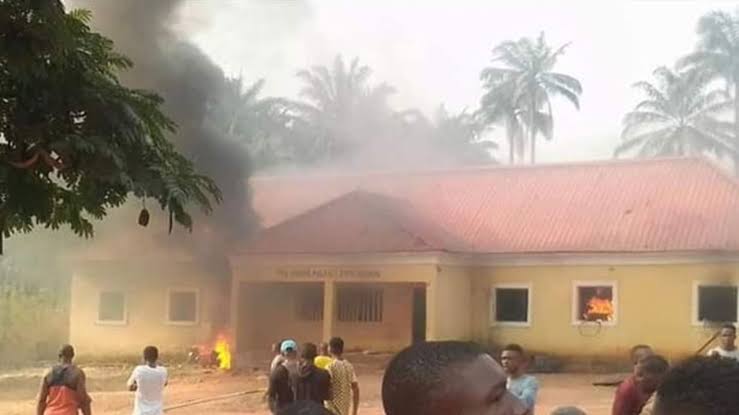 The latest attack occurred in the early hours of Thursday when the assailants invaded the facility and engaged officers on duty in a gun duel.

It was also learnt that the hoodlums set free some detainees during the attack, while an officer sustained injury.

Details of the incident is still sketchy as at press time.

The state Police Public Relations Officer, PPRO, CSP Geoffrey Ogbonna was unable to take his call and could not respond to messages forwarded to him by DAILY POST correspondent.

However, a resident of the community confirmed the incident, stating that there were gunshots before the station was finally set ablaze.