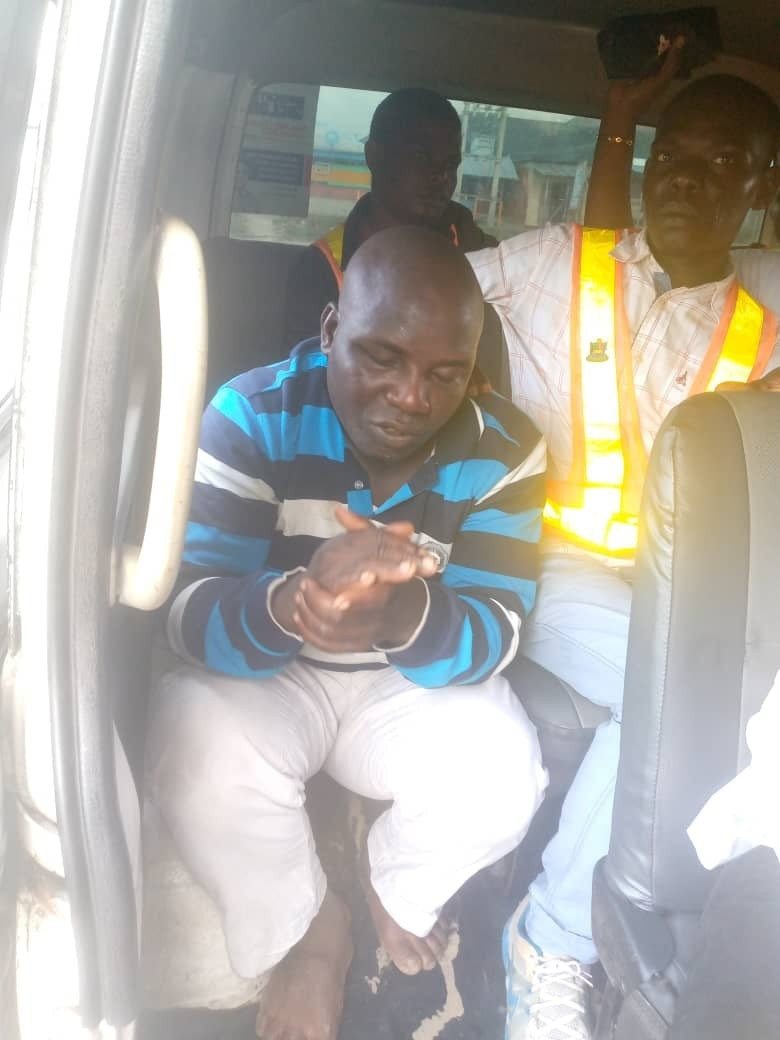 The Bayelsa State Vigilante security outfit has apprehended a man who has been accused of extorting money from unsuspecting citizens in the state with fake environmental sanitation identity.

The suspect, Sele Record, 45, from Southern Ijaw was arrested on Monday, May 10, by the galant special squad of the state vigilante service stationed at the Tombia roundabout axis of Yenagoa, the state capital.

Luck ran out of the suspect while he was allegedly trying to extort money from the Special Adviser on Security Matter to Bayelsa State Governor in the early hours of Monday, May 10.

The suspect and one other who absconded, allegedly specialized in robbing victims by prentending to be working for the state environmental sanitation authority.

Chairman of the vigilante outfit, Hon. Doubiye Alagba, called on members of the public to be vigilant of such criminals and their modus operandi.

The suspects have been handed over to Operation Dou Akpo, a special unit of the Bayelsa State Command of the Nigerian Police Force for further investigation and prosecution.