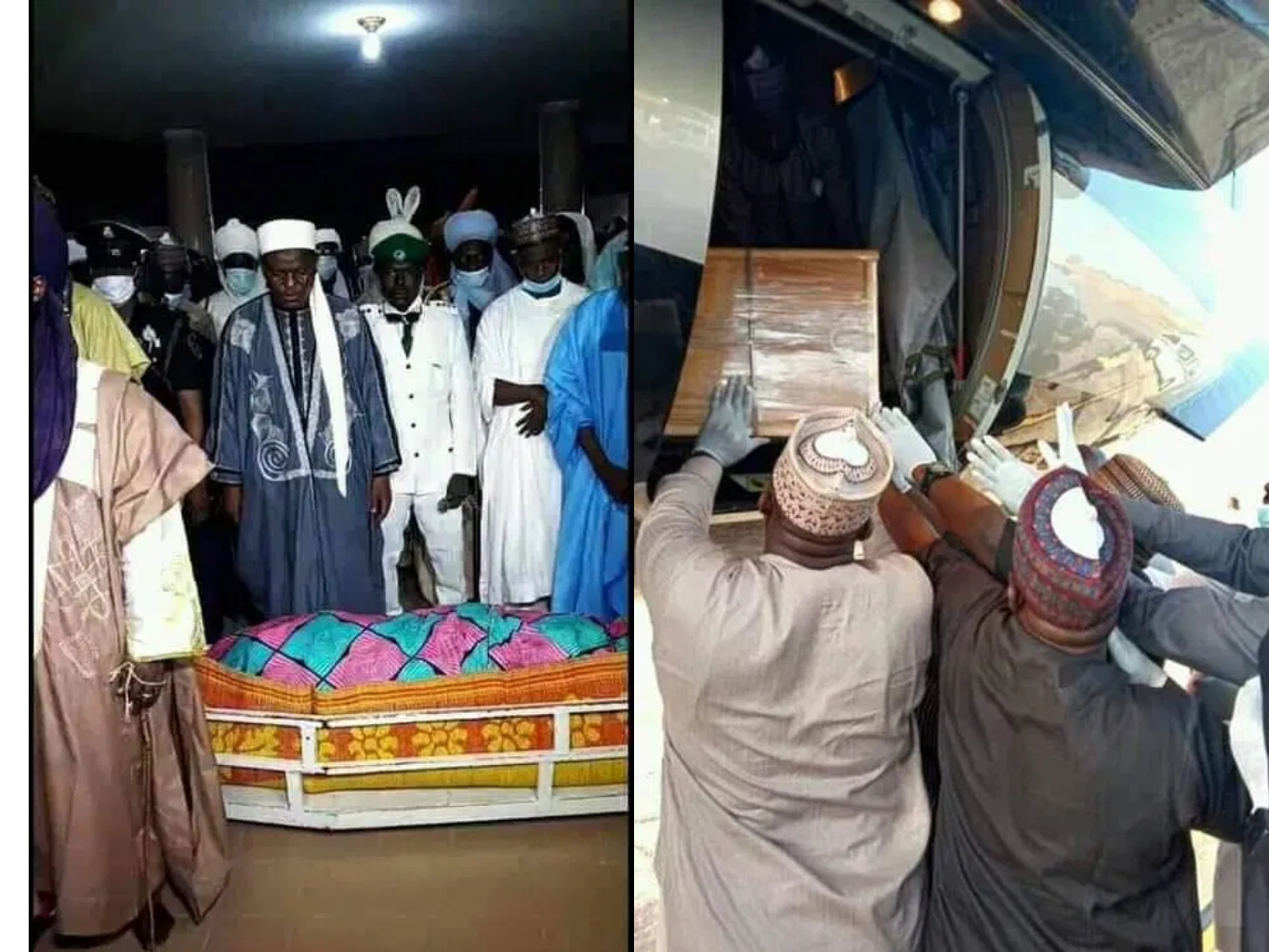 The remains of Nigeria’s former Minister of Women Affairs, Sen. Aisha Alhassan, were on Monday laid to rest in Jalingo, Taraba.

Aisha, died on Friday at a hospital in Cairo, Egypt after a brief illness. She was 61.

The former civil servant and lawyer, contested the 2015 and 2019 governorship elections as first, candidate of the All Progressives Congress (APC) and later United Democratic Party (UDP).

The remains of late Alhassan arrived in Jalingo from Cairo via Lagos on Monday evening.

The body was received by the state’s delegation and sympathisers at the Danbaba Suntai Airport in Jalingo around 5.30 p.m.

The body was interred at the Central Graveyard, Jekada Fari in Jalingo, around 7.30 p.m. according to Islamic rites.

Alhaji Muhiddeen, Chief Imam, Jalingo Central Mosque, who led the funeral prayers, urged the people to be humble and submit to Allah, who is the maker of all things.

A brief funeral ceremony, which lasted for about 30 minutes, took place at the Emir of Muri Palace in Jalingo.

It was attended by Gov Darius Ishaku, top government functionaries, traditional rulers, political party stalwarts, family members and other dignitaries within and outside the state.

Alhassan was elected a Senator under the platform of the People’s Democratic Party (PDP) in the seventh Assembly.

In 2015, she was appointed as a Minister of Women Affairs.

She later resigned to fly the governorship flag under the UDP in the 2019 election.

Earlier, Gov Darius Ishaku received a delegation from Adamawa on a condolence visit over the death of Alhassan.

The delegation led by the state Commissioner for Works, Alhaji Adamu Atiku, also presented a letter of condolence from the Governor of Adamawa, Alhaji Ahmadu Fintiri.

Adamu described Alhassan as an icon.

“Taraba has lost an icon, a mother in a million, one who was very kind and generous.

“We pray to God to give Gov. Ishaku and the entire people of Taraba the fortitude to bear the loss,” he said.

Ishaku thanked the delegation for the visit and promised to sustain the existing cordial relationship between the two states.

Ishaku described the late Alhassan as a wonderful woman and an honest person.

“If she expresses her support for you, she will do so wholeheartedly,” Ishaku said.