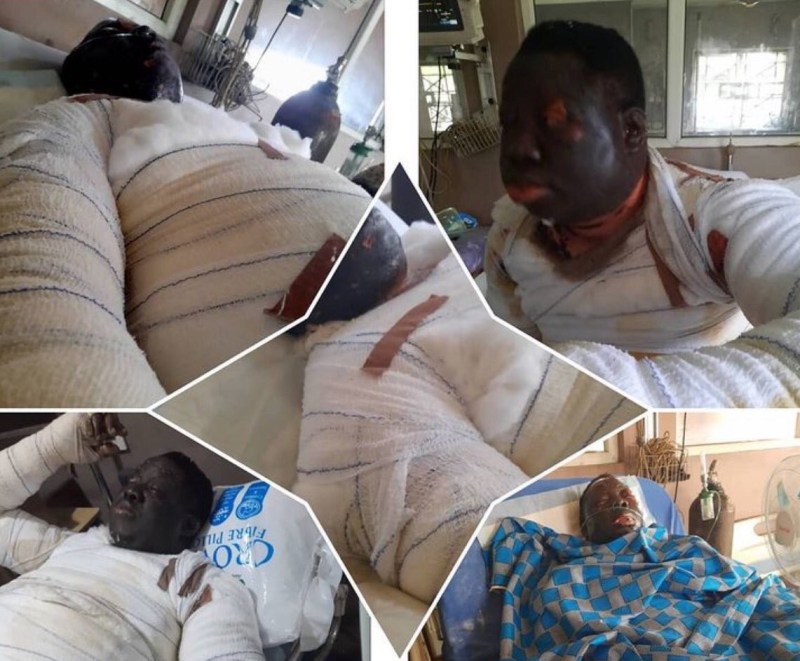 A Celestial Church of Christ worshipper has been killed in an inferno that broke out during prayer sessions at the Imole Parish of the church in the Alagbado area of Lagos State.

It was gathered that the victim, Kayode Badru was on his knees for prayers with lighted candles and church elders surrounding him when the fire which led to his death started.

The Dubai-based socialite was said to have arrived in Nigeria a few days ago to celebrate the graduation of some 40 students he sponsored to the Academic for Innovative Art and Technology. the head of the parish, Felix Alebiosu, who led the prayer session on Wednesday, May 5, 2021, sprayed perfume on the victim, who was holding a lighted candle, and this led to a severe fire burn on Badru.

Badru was reportedly rushed to a hospital in Gbagada but died a few moments after his arrival at the health centre.

Reacting to the incident, a statement signed by one Stephen Adeniyi, an administrator at the church blamed the occurrence on the abuse of spiritual perfumes. The statement directed CCC pastor-in-council to come up with a policy document to curb alien practices that have been introduced into the tenets and doctrines of the church to safeguard its divine culture, Naija News reports.

The statement reads: “Due to the incessant abuse of spiritual perfumes within the church, His Eminence has found it imperative to state for record purposes and correction that henceforth, spiritual perfumes intended to be sprayed, sprinkled, or poured with a lighted candle should be diluted with water.

“The spraying or pouring of undiluted spiritual perfumes in their volatile state with a lighted candle is an imported culture not originally part of the tenets of the Celestial Church of Christ. The laid down usage of spiritual perfume within the spheres of a lighted candle by the pastor founder, Saint S. B. J. Oshoffa, is by mixing it with water. It is high time we retraced our steps for a greater Celestial Church of Christ.

“We are all advised to adhere to this directive; any parish or member that goes against this directive will be solely responsible for the resultant effect. The pastor has also directed the pastor-in-council to come up with a policy document to curb alien practices that have been introduced into the tenets and doctrines of the church to safeguard the church’s divine culture as instructed by the spirit of God through the pastor founder.”

Reports revealed that the pastor in charge of the parish and two of the church elders present at the scene of the incident have been arrested. When contacted, the state Police Public Relations Officer, Olumuyiwa Adejobi, said he would brief newsmen in details after finding out about the incident.