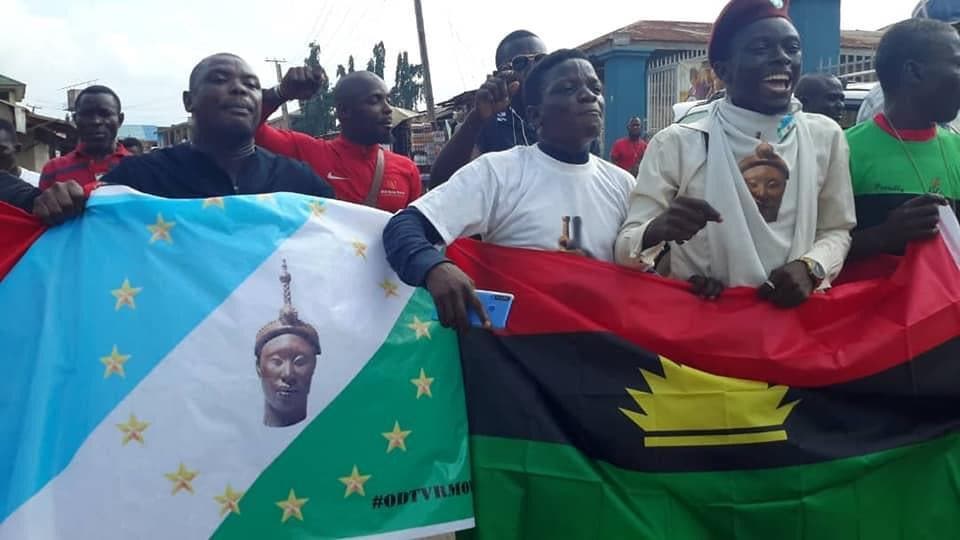 Members of the Indigenous People of Biafra and Oodua Republic are now under investigation by the police.

Members of the Oodua Republic and Indigenous People of Biafra are being investigated according to the Lagos Police Commissioner, Hakeem Odumosu.

He said this is after the groups threatened to disrupt the peace and order in Lagos state.

He stated this at a stakeholders’ forum on security chaired by Governor Babajide Sanwo-Olu at the state secretariat, Alausa and

Odumosu said: “The command has taken notice of agitators for Oodua Republic by some Yoruba separatist groups and the threats to disrupt law and order in the state. Twenty four of these groups have been identified and being closely monitored. “Similarly, the threat of IPOB to attack soft targets in Lagos is equally being put on the radar of the command intelligence gathering and other security services in the state. Strategies are being put in place to neutralise their activities.

“The command is using this medium to solicit for the support of all and sundry to be vigilant at all times and report any suspicious person or movement to security agencies. Let us adopt the slogan of “when you see something, say something.”

The Nation reports that increased attacks on police, other security facilities in the southeast and south-south regions of the country with IPOB being major suspects. Also, two attempted attacks on two police divisions in Lagos were foiled last month and security beefed up across the state to forestall further attempts.

He said intelligence reports available to the command revealed that criminals use uncompleted, abandoned buildings, empty lands and hotels to plan and execute their missions.

He said abandoned vehicles were also used by these elements to hide firearms, urging the government to take immediate action towards possessing such properties for better security.