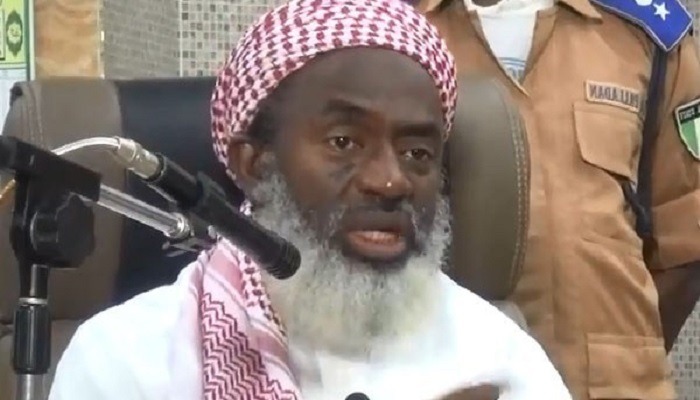 Prominent Kaduna-based Islamic cleric, Ahmad Gumi, has said that he will head to Aso Rock if his child is abducted by bandits.

Speaking in an interview with BBC Pidgin on Friday, the cleric reiterated his stance that ransom should be paid to bandits to free their captives.

On Wednesday, the cleric had urged the Central Bank of Nigeria (CBN) to pay the N100 million demanded by the abductors of Greenfield University students kidnapped in April.

Commenting again on the development, Gumi said the federal government has to choose between the option of saving the lives of students or paying the N100 million.

“Life versus material; that is how you will look at it. It is the absolute responsibility of the government to protect lives. Now we have lives or N100 million at stake and these lives of 17 innocent young children,” he said.

“This is just simple logic. It does not require any rocket science. How can you play with lives? You can play with your money, but you can’t play with peoples’ lives. They just went there to study.”

The cleric said bandits do not feel the pain of kidnapping because they don’t have access to quality education.

Gumi said he had informed the government that if bandits have schools, they will not attack people.

“One of the things I showed the government is that these bandits that attack these people, where is their own school too? If they had schools they won’t be attacking people too,” he said.

“Where is their school where they have their children, so they know the value of education and they will feel the pain of kidnap.”