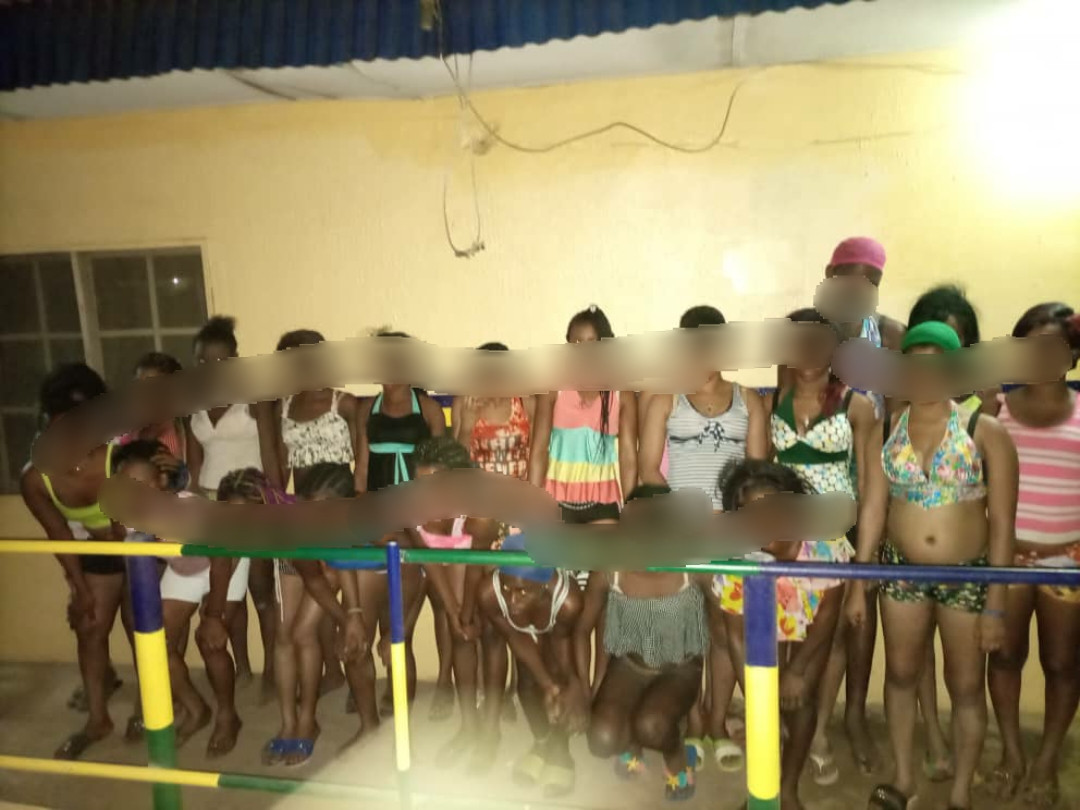 They narrated further that, they were deprived of using phone or any communication devices, therefore, making it impossible for them to reach out to their parents or relations.

22 teenage girls who were allegedly lured all away from Akwa ibom state to Ogun state for prostitution were rescued by men of the Ogun state police command, on Friday 7th of May 2021.

A statement released by DSP Abimbola Oyeyemi, spokesperson of the state police command, states that in an operation, coordinated by the Area commander Ota, ACP Muhideen Obe, the police team, upon credible intelligence received, that minors were being recruited from other states and used as commercial sex workers at KOLAB hotel in Itele ota, stormed the said hotel at about 8pm, where the 22 teenagers whose ages are between 10and 14yrs were rescued.

”On interrogation, the girls narrated how they were lured from their respective villages in Akwa ibom state to come to Ogun state, with the promise to employ them as sales girls in restaurants and supermarkets, only for them to get to Lagos and transferred to a brothel in Ogun state as commercial sex workers.

They narrated further that, they were deprived of using phone or any communication devices, therefore, making it impossible for them to reach out to their parents or relations.

The spokesperson added that the state’s commissioner of police, CP Edward Awolowo Ajogun, has ordered that the family support unit of the Area command Ota to take over the investigation of the case, identify the recruiting cartel and bring them to justice as soon as possible.