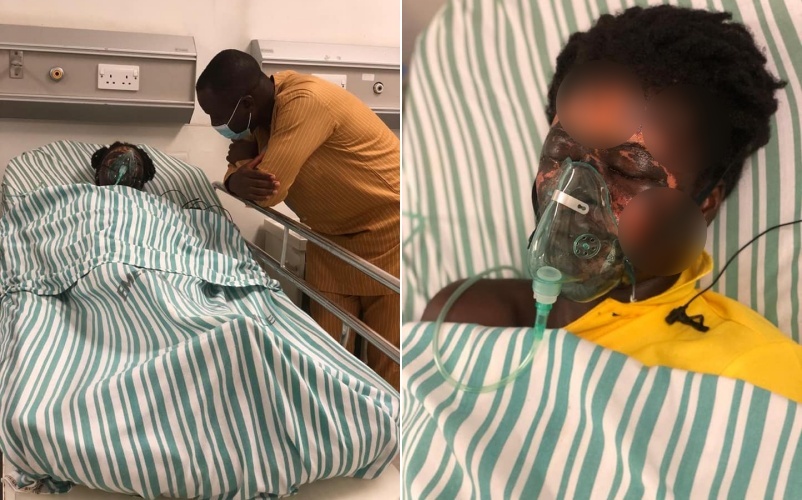 According to reports, the man bathed his wife with acid after she walked away from their marriage.

A woman identified as Florence was allegedly doused with acid by her a substance suspected to be acid by her husband in Ghana.

Details of the incident are still sketchy, however, according to a report posted by Crime Check TV Ghana on Friday, May 7, the woman had moved to her father’s house after her husband threw her out.

The suspect later went to meet his father-in-law in guise of asking for forgiveness but sneaked into the bathroom where his estranged wife was bathing and poured acid on her.

“You made it clear you don’t love her. You throw her out. She moves to her daddy’s house. You go to the daddy to beg for forgiveness only to enter into the bathroom where your wife is bathing to pour acid on her. Thank God the police has swiftly arrested him. This is so inhuman” Crime Check TV Ghana wrote on Facebook.