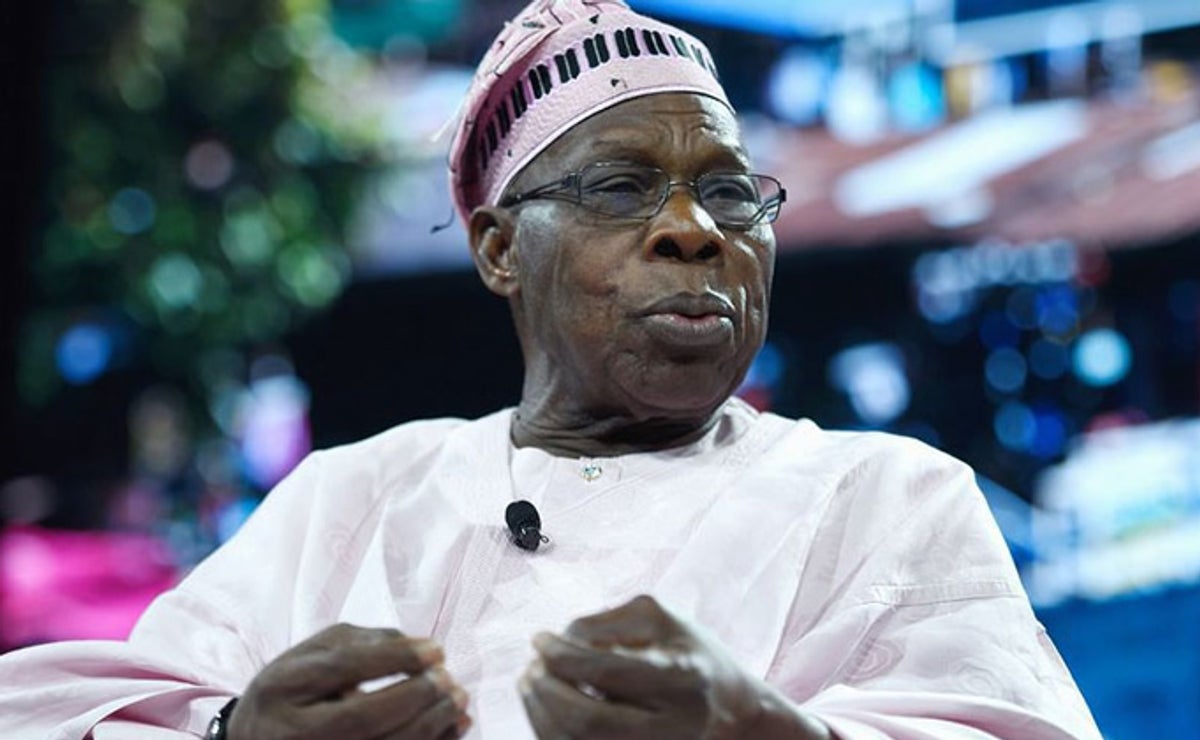 Obasanjo said he did not believe in payment of ransom to kidnappers and banditry, maintaining that it encouraged criminals indulging in the act.

He spoke on Wednesday at his Penthouse residence within Olusegun Obasanjo Presidential Library in Abeokuta, Ogun State, while playing host to members of Tiv Professionals’ Group led by Prof. Zacharys Anger Gundu.

He, however, submitted that the government must develop the means to deal with kidnappers and bandits heavily in place of ransom payment.

Obasanjo insisted that it required a “carrot and stick” approach to fight insecurity challenges to a standstill.

He said, “Some people are still reaching out, and hoping that lives can still be saved. But a situation whereby anybody thinks paying ransom is the way out, that person is folly. This is because when you pay ransom, you encourage.

“But if you are not going to pay ransom, you must have the means to deal heavily with it. You must have the stick to deal with it. Government has always paid ransom. Not only this government, even during (Goodluck) Jonathan (administration). They paid ransom, but they denied it.”

Speaking on the forthcoming 2023 elections, Obasanjo said leaders must ensure the election birthed the emergence of a new federation in Nigeria; otherwise the country might be “sliding into grand dissolution.”

He bemoaned insecurity challenges and insisted that 2023 must mark a watershed for Nigeria.

He said, “I do believe that whatever else we do we have to make the year 2023 a watershed for Nigeria. The year 2023 should give us the beginning of emergence of a new federation or feeling that the rot continues, and then, we are going to be sliding back to a grand dissolution. God forbid.”

While relaying the position of a military friend, Obasanjo expressed fears that those beating drums of division in Nigeria didn’t think about the interest of the minority ethnic groups.

“Where do we want those minor groups to stand? Wherever they stand, now they are by virtue of Nigeria’s present situation a little bit protected. But if Nigeria breaks up and they are in a smaller country, they will be oppressed. They will always be exterminated. Are we thinking of that?”

Presenting a paper earlier, the leader of the group, Prof. Zacharys Anger Gundu, told Obasanjo that “blood is flowing in Benue State” following killings of the people allegedly by Fulani and bandits.

He, however, demanded that full compensation for the victims of killings and destruction in Tivland, proscription of armed fulani groups, while “land grabbing must stop and all occupied lands must be vacated.”