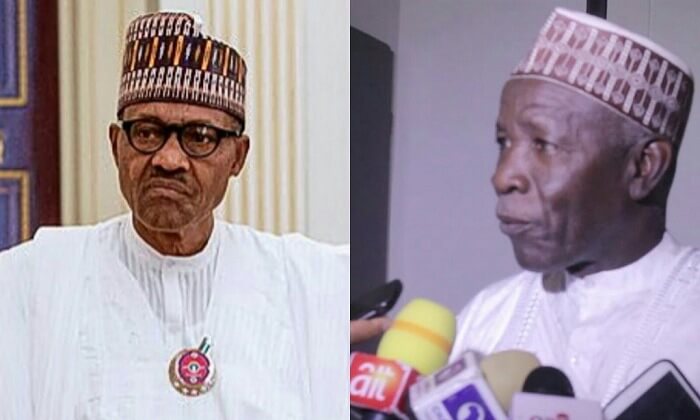 A former ally of President Muhammadu Buhari, Buba Galadima, has lambasted the presidency for trying to rubbish Father Ejike Mbaka, the Spiritual Leader of Adoration Ministry, over his call for Buhari’s impeachment.

Recall that Mbaka called for President Buhari’s impeachment due to the current state of insecurity in Nigeria.

Reacting, the Special Assistant to the President on Media and Publicity, Garba Shehu, accused Mbaka of seeking for contracts from the president.

Shehu claimed that Mbaka resorted to attacks over the president’s refusal to grant his wish.

Speaking in an interview with Daily Post, Galadima described those from the Presidency attacking Mbaka as ingrates who were never there when the cleric was campaigning for the President.

He said: “First time one needs to hear about the truth is when friends part ways and those attacking Mbaka from the side of the government should be faulted.

“Where were they when Mbaka was campaigning for the President? What was their public contribution to the success of the President more than Mbaka?

“So Mbaka should have the freedom to speak his mind when things are not going the way he presumes they should go. This is a democracy, and it’s his personal opinion; it was his subjective opinion to campaign and work for Gen Buhari to become President and everybody was hailing him then; these people were never there.

“So, today, because they have surrounded Buhari and he doesn’t know what is happening around him, they are attacking Mbaka.

“They are a bunch of ingrates biting the hand that fed them.”