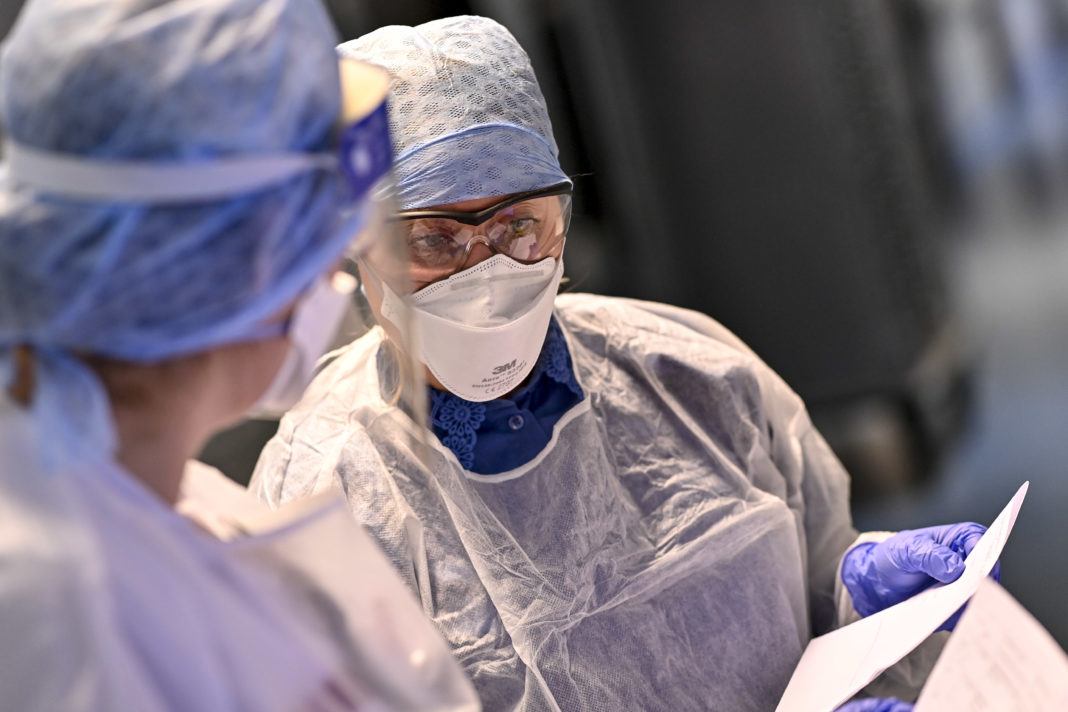 The number of hospital admissions due to Covid-19 continued the downward trend that began several days ago, according to data from the Sciensano public health institute updated Monday morning. Between 26 April and 2 May, an average of 192.7 people were admitted per day, a drop of 16% compared to the previous week.

All the indicators linked to the coronavirus crisis were down on Monday, except for deaths, which rose very slightly (+1.5%). Between 23 and 29 April, an average of 39.7 people died per day due to the virus. In total, 24,291 people died due to the pandemic in Belgium, 28 more than the previous day.

Since the beginning of the crisis, some 70,545 people have been hospitalised. The number of Covid patients still in hospitals is currently 2,648 (-8%), of which 825 (-7%) are being treated in intensive care.

Since the start of the pandemic in Belgium, 995,562 people have been infected with the new coronavirus. It is expected that the threshold of one million positive cases will be passed at the beginning of the week.

Some 46,400 tests were carried out each day over the same period, +9% on the previous week. Results showed a positivity rate that fell to 7.6% for the first since the end of March.

The reproduction rate is 0.91. When it is below the threshold of 1, this indicator means that the epidemic is tending to slow down. As for the incidence rate, which indicates the average number of new cases per day per 100,000 inhabitants, it reached 406.5 over 14 days, down by 6%.

One-third of adults (33.3%) have received the first injection of a vaccine against SARS-Cov-2 in Belgium. This represents more than 3 million people, 3,055,382 to be precise. Of these, 829,376 have received a second dose and are thus fully protected, i.e. 9% of the Belgian adult population.