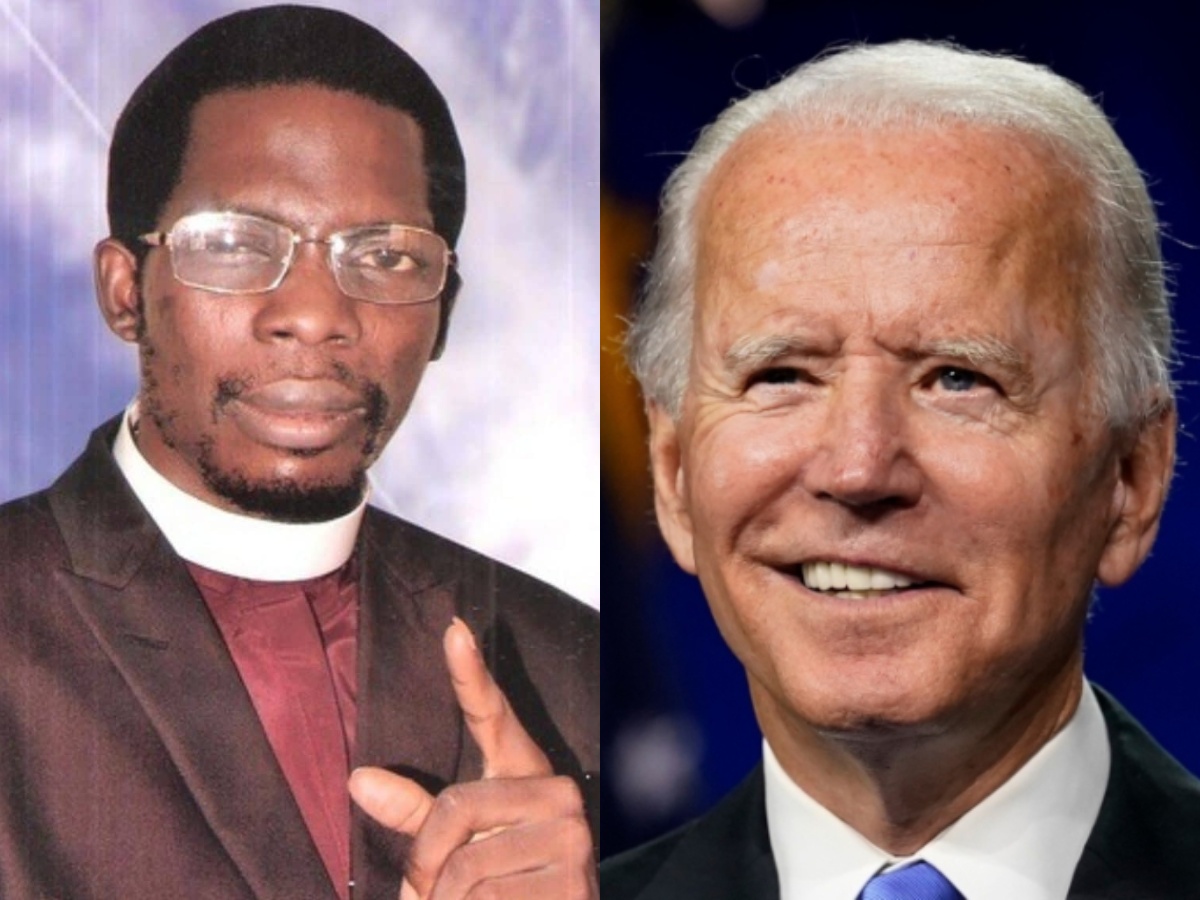 The founder of the Christ Apostolic Miracle Ministry, Apostle Paul Okikijesu, has that a woman will soon become President of the United States of America.

The popular Nigerian prophet revealed this in his April prophecy compilation made available to newsmen on his behalf by Prophet Frank Akanbi. The prophet warned US President Joe Biden against sickness that may remove him from the honourable seat.

According to Okiki Jesu, the Lord is ready to lift up the glory of America between May and September 2021. He, however, warned that Biden might not complete his term if he failed to acknowledge God and do what is right in the next six-month probatory period.

“Thus says the Lord: A woman will soon become the President of America for a brief period.

“Thus says the Lord: I will lift up the glory of America between May and September 2021.

“Thus says the Lord: If President Biden is obedient, honours I the Lord, and does what is right within his six months probationary period; then he will successfully complete his term in office.”

“Thus says the Lord: President Biden should be cautious, and utilize the wisdom of I the Lord; so that he will not use sickness to govern America.”

“Biden should be careful for the Presidents/Head of States of these countries: Iran, Russia, China, United Kingdom, France, Jamaica, Cuba, and India.

The prophet added: “Thus says the Lord: President Biden should not lean on the knowledge of the leaders of the following Nations: Iran, Russia, China, United Kingdom, France, Jamaica, Cuba, and India. Though the situation of the United Kingdom is slightly different from others; however, President Biden should beware of the advice of the Presidents/Heads of States of these Nations; else, the future of America will be ruined, and the Nation will return to slavery.”