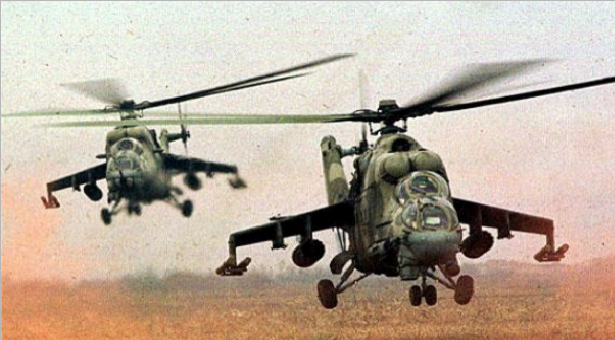 Two military helicopters have been reportedly sighted hovering around in the air in Owerri, Imo State capital.
The development has raised tension among residents in the state who revealed that the military has laid serious siege at all nooks and crannies of the state capital with firearms.

Recall that Imo has in the last few days witnessed unprecedented attacks from unknown gunmen, a disturbing event that led to the killing of many lives and destruction of properties. The state governor, Hope Uzodinma was not left behind as the gunmen also attacked his house in Omuma.

The military has, however, mounted surveillance to ensure that they were not taken unawares by the ‘unknown gunmen’. The situation in Imo has heightened since after the killing of the Eastern Security Network Commander in the Southeast region, Ikonso on Saturday.

The hoodlums, on Sunday night, encountered the state Commissioner for Skills Acquisition and Entrepreneurship, Iyke Ume, shooting him twice on the shoulder and three other drivers around Orji divisional headquarters. Subsequently, a report also confirmed that a first-year student of Imo State University, Nwaneri was shot dead alongside one other while she drove across the Government House roundabout, Owerri.

Motorists and commuters alike operating in the state capital, now live in fear of the unknown. Some also have relocated to their villages for fear of being hit by stray bullets