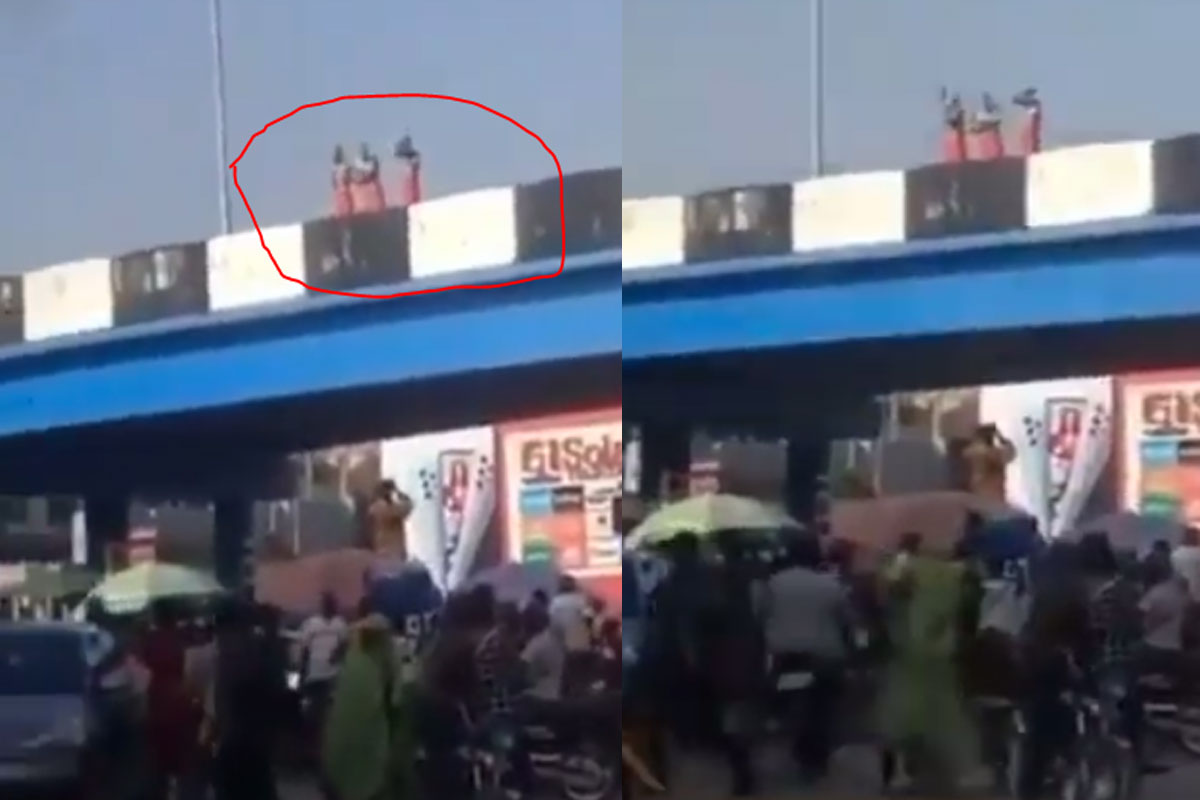 A video has been spotted online showing three men with red wrapper tied around their waist bathing on a bridge in Ibadan, Oyo State capital in broad daylight.

The three men who were naked from their waist upward, were seen scrubbing their body with soap on a bridge in Ibadan.

The unusual scene saw people gather below the bridge to watch.

The man who filmed the scene was heard saying the men in red came to the scene with army as escorts.

Some have wondered how the men were so brazen as to do such in broad daylight, while others are wondering if it’s a skit.