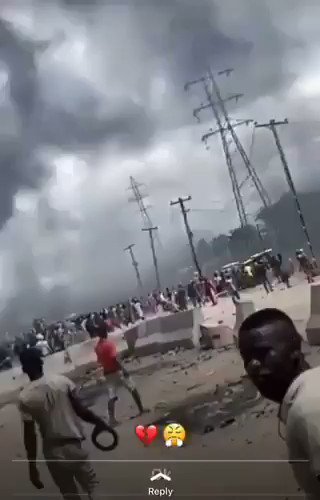 The Lagos State Police Command has reacted to the clash between motorcycle riders and members of the National Union of Road Transport Workers (NURTW) at the Iyana-Iba-Ojo axis of the state.

Sporadic gunshots were heard around Alaba Rago, a market situated adjacent to the Lagos State University around 08:00 am on Monday.

It was gathered that during the incident, passers-by scampered to safety, while some shops were said to have been set ablaze by hoodlums.

But in a tweet via his Twitter handle, the Police Public Relations Officer of the command, Olumuyiwa Adejobi, said the situation has been brought under control.

Adejobi, however, denied that the clash had an ethnic colouration as it was being circulated on social media.

“Normalcy has been restored to Iyana Iba, Okokomaiko, and the axis. We are on top of the situation. No ethnic colouration.

“Everyone to continue his or her business. No cause for alarm. We will update you with the details soon. Thanks,” he wrote.

According to an eyewitness, the clash started after a disagreement between okada riders and NURTW members that led to the death of one person.

He said, “The situation is due to a clash between motorcycle riders and members of the National Union of NURTW. The clash has spread to the Alaba-Rago area — directly opposite LASU — and the popular Volks bus stop.

“The road is currently blocked, and unsafe for movement. Tyres have been burnt, gunshots were also heard.

“The clash ensued between Okada riders and NURTW workers. While discharging their ticketing duty, there was a disagreement between the duo that led to the death of one person.

“Soldiers intervened to secure peace and dispersed them with tear gas but the aggrieved parties retreated, only for the Okada men to troop back to Volks to challenge the NURTW members.”