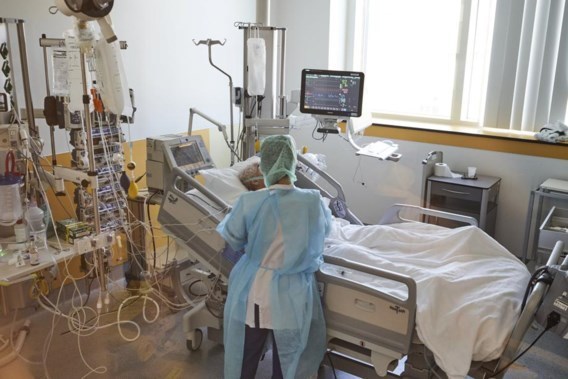 The situation in hospitals in Belgium as a result of the coronavirus is worsening slightly after starting to improve last week, according to the latest official figures published by the Sciensano public health institute on Tuesday.

Between 20 and 26 April, an average of 220.7 patients was admitted to the hospital per day, which is 6.6 fewer than the average of the week before, and down by 5% from the previous week’s average.

However, the total number of coronavirus patients in hospitals on Monday was 2,952, up by 69 from the day before.

Of this total, 892 patients were in intensive care units, up by four from the day before. Meanwhile, 520 patients were on a ventilator, up by 18 since the previous day.

The reopening of terraces and the ending of the curfew on 8 May depends, in part, on the improvement of the situation in hospitals, however, according to virologist Marc Van Ranst, it remains to be seen whether or not the pressure on the hospitals and their intensive care units will be reduced sufficiently by this point.

The total number of confirmed cases in Belgium since the beginning of the pandemic is 976,088. This reflects those who have been infected, all confirmed active cases, and those who have since recovered or died as a result of the virus.

Over the past two weeks, 427.7 infections were confirmed per 100,000 inhabitants, an 11% decrease compared to the two weeks before.

Belgium’s reproduction rate, meanwhile, is continuing to drop, and now stands at 0.93. This means that one person with coronavirus infects on average fewer than one other person and that the epidemic is slowly retreating in Belgium.

From 17 to 23 April, an average number of 38.4 deaths occurred per day, down by 1.5% from the seven-day average of the week before. This brings the total number of deaths in the country since the beginning of the pandemic to 24,065.

This percentage is down 0.6% since last week’s seven-day average while testing increased by 8%.