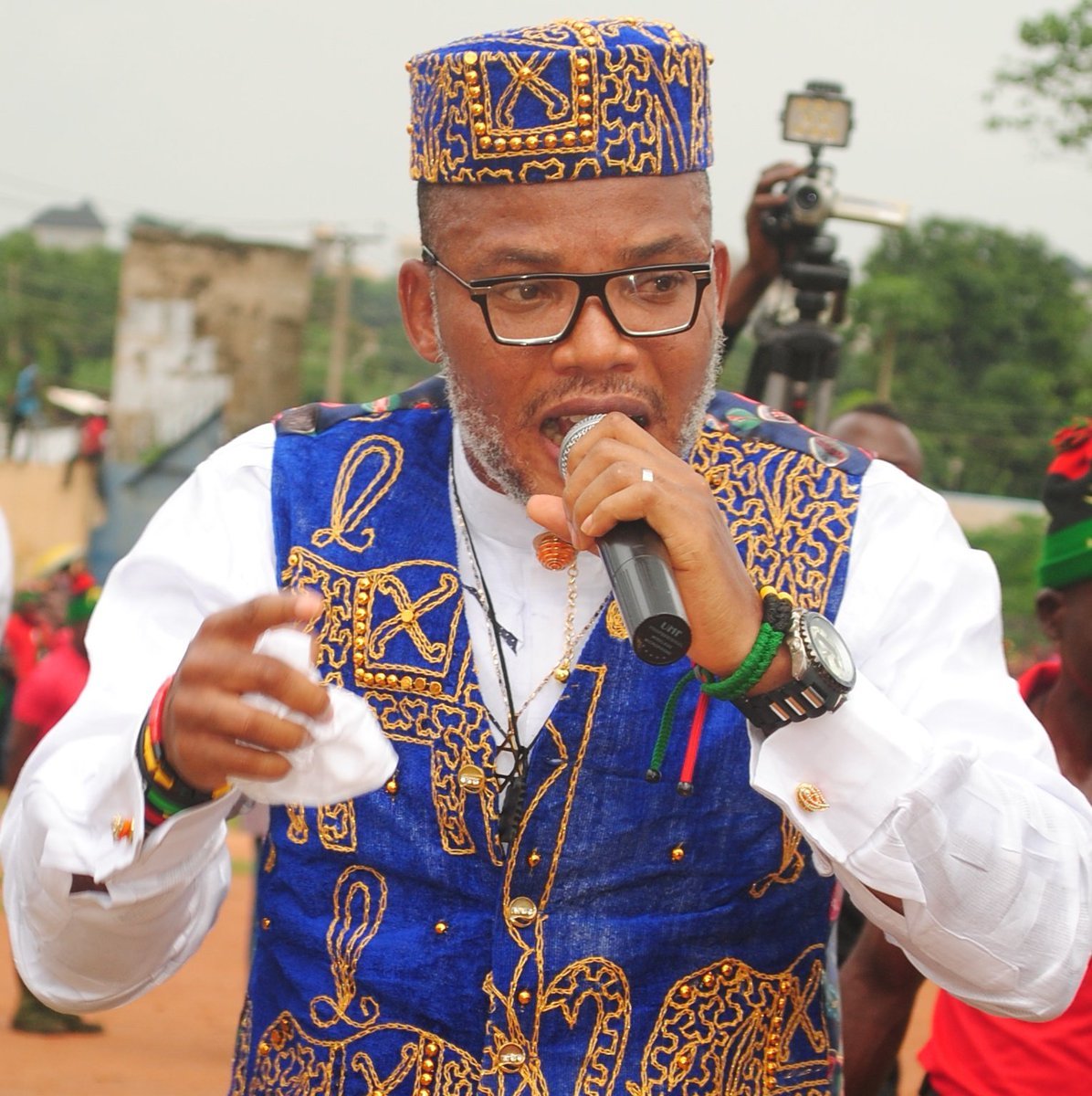 The leader of the Indigenous People of Biafra (IPOB), Nnamdi Kanu, has asked Nigerians to stop complaining about the administration of President Muhammadu Buhari.

Nigerians had called on the Buhari govt to sack his Minister of Communication, Isa Pantami, for backing terrorism some years back.

But the presidency on Thursday vowed not to sack Isa Pantami while insisting that the minister has apologized for his views on Boko Haram, Taliban and Al-Qaeda.

In a post on his Twitter handle on Saturday morning, the IPOB leader called on Nigerians to take action and quit complaining.

“Now, they’re pampering Bandits while backing terrorist IsaPantami, and all you complain. It will soon get worse.

Meanwhile, the Presidency had backed its statement supporting the embattled Minister of Communications and Digital Economy.

Speaking during a Channels TV programme on Friday, presidential spokesman, Garba Shehu, compared the certificate forgery case of ex-minister of Finance, Kemi Adeosun, to the earlier support for terror groups expressed by Pantami.

“In the second case which is that of Pantami, you are probing the thoughts, what is called ‘McCarthyism’; you search the inner recesses of the minds of individuals, bring out things they have said, or they are about to say, or you think they would say, and use that against them,” he said.