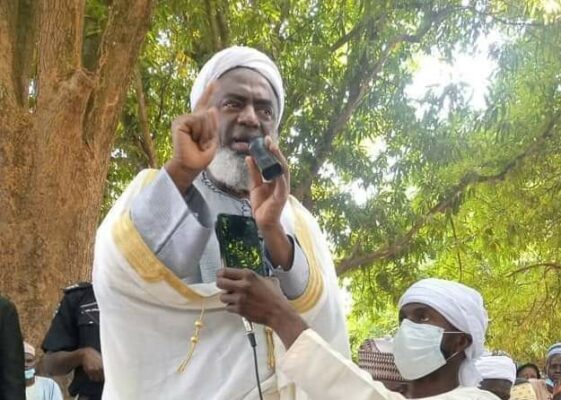 Islamic cleric, Sheikh Ahmad Gumi, has called on bandits to release all victims in their custody during Ramadan season.

The spokesman of the cleric, Salisu Hassan, said his principal on Tuesday stated this during his Ramadan Tafsir sermon at the Sultan Bello mosque in Kaduna State.

Hassan while speaking with SaharaReporters on Thursday said he is surprised that bandits are still attacking despites Gumi’s appeal.

“Honestly, I don’t know. But Sheikh is aware. In his sermons, he always appeals to them to stop this kind of barbaric action that they are doing. About two days ago, he personally called on them to please release all those who were in their possession. He stated this at the Sultan Bello Mosque, Kaduna State, where he made his Ramadan Tafsir,” Hassan said.

Recall that bandits on Wednesday abducted unidentified number of students of Green Field University located along the Abuja-Kaduna highway during an attack on the school.

The gunmen who stormed institution in Kaduna State, and abducted some students have demanded N800m as ransom before they can release their victims.