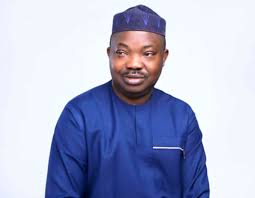 The family of the late spokesman of the Afenifere, Yinka Odumakin, has released the details of his burial and warned people not to fall into the traps of those soliciting funds for his burial.

The wife of the late human right activist, Dr Joe Okei-Odumakin, called on people to adhere strictly to the programmes issued by the family.

The statement titled, ‘Yinka Odumakin’s Journey Home (As announced by his family), reads partly, “In the wake of sundry programmes being published by people other than us; we the family of the late Yinka Odumakin thought it fit, proper and necessary to guide sympathisers and guests with the authentic programme for the funeral of our beloved husband, father, son, and brother.”

“Thursday, April 22, 2021: Funeral rites kick-off at the Police College, Ikeja at 11 am. There will be lying-in-state, tributes and service of songs at this venue. All events end at 4 pm.”

“Friday, April 23, 2021: Body departs Lagos for his Moro country home in the Ife North Local Government Area. There will be a candlelight procession at Origbo Anglican Grammar school. Take off time is 6 pm.”

“Saturday, April 24, 2021: There will be lying-in-state at 8 am at Origbo Anglican Grammar School, Moro. Funeral service takes place at 10 am after which his remains will be interred at a private ceremony.”

“We urge everyone to be wary of other programmes which run contrary to the one outlined here so as to guide against being misled or taken advantage of.”

“The family has not mandated anyone or group to source for funds or other resources to ensure the befitting burial we are according our son.”