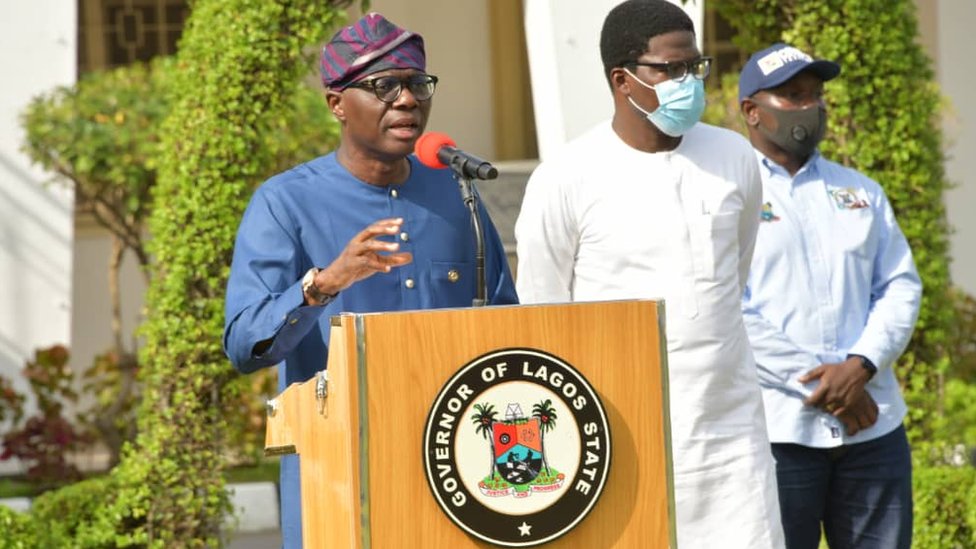 The Lagos State government has clarified that the recent approval given by Governor Babajide Sanwo-Olu for the partial operation of event centers doesn’t cover the activities of night clubs.

To this end, the government noted that nightclub operators are to keep their venues shut until further notice.

The State Commissioner for Arts and Culture, Mrs. Uzamat Akinbile reiterated the order according to information obtained by Naija News from the official Twitter page of the Lagos State government on Thursday.

It will be recalled that the Babajide Sanwo-Olu-led Lagos State Government about two weeks ago, eased restrictions placed on social gatherings and event centres to curb the spread of COVID-19.

According to the statement, the Lagos government has pegged the occupancy limit for event centres at 500 while social events can now have up to 200 people at a time.

Akinbile stated that safety marshals will be deployed to any social event with over 200 people and event centre exceeding the 500 limit.

But the Commissioner clarified in Thursday’s statement that night clubs are not included in the eased restrictions.

She also urged social event centres to continue to adhere to guidelines and comply with COVID-19 protocols to avoid reprimands by the Lagos State government.

The full statement reads: “The Commissioner for Tourism, Arts and Culture, Mrs. @akinbileyusuf_, has advised owners of social event centres to continue adherence to the stipulated safety guidelines issued by the State Government to further weaken the spread of the deadly coronavirus pandemic in the State.”

The Commissioner clarified that the approval of Mr. Governor does not include night clubs, stressing that such outfits are to remain closed until further directives are issued, saying “it is only Events Centres that can open for now, night clubs are not included in the approval”.

“All event centres must hold a valid licence of the Lagos State Ministry of Tourism, Arts and Culture prior to operating as an event centre, in addition to being registered and verified by the Lagos State Safety Commission, through http://lasgsafetyreg.com, for any proposed event.”

The students were caught in a video smoking “Shisha” while in school uniform.

Meanwhile, the video which trended on social media last week has received wide condemnation from concerned Nigerians both at home and in the diaspora, calling for sanction against the pupils and their parents.

The Special Adviser to the Governor on Education, Tokunbo Wahab, who confirmed the development disclosed that the Ministry of Education and Ministry of Youth and Social Development is handling the case.

He added that the state government has ordered their rehabilitation with immediate effect.