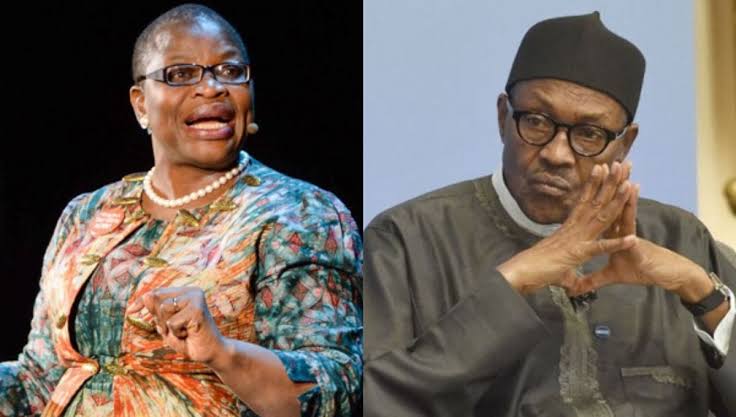 In a post via her Twitter handle on Thursday, Ezekwesili also faulted the federal government method in handling accusations against the minister, adding that the President’s silence on the matter is dangerous.

The former minister added that the Western world is watching the development surrounding Pantami and how the Buhari government would handle the situation.

Ezekwesili, however, urged President Buhari to ensure that Nigeria is not listed among states sponsoring terrorism.

She wrote, “The @NigeriaGov @NGRPresident @MBuhari may not realize that the world is following the ugly developments on our country’s Minister of Communication and how his government is handling or in fact ignoring to handle it.

“Nigeria must avoid the list of states that sponsor terrorism.”

The minister said; “We are all happy whenever unbelievers are being killed,” Pantami said. “But the Sharia does not allow us to kill them without a reason.”

“Our zeal (hamasa) should not take precedence over our obedience to the sacred law,” he added.

But the minister recanted the comments on Saturday, saying that he has “changed several positions taken in the past based on new evidence and maturity.”

Isa Pantami blamed immaturity and limited knowledge for his views back then.

Despite his renouncement, some Nigerians have called for the prosecution of the minister, insisting that he should be jailed if found guilty.

Despite the public outcry, the Presidency has remained silent on the matter.

Also, the Minister of Information and Culture, Lai Mohammed, on Wednesday, said the Federal Executive Council did not discuss the issue on calls for Pantami’s sacking during its meeting presided over by President Buhari.

The @NigeriaGov @NGRPresident @MBuhari may not realize that the world is following the ugly developments on our country’s Minister of Communication and how his government is handling or in fact ignoring to handle it.

Nigeria must avoid the List of States that Sponsor Terrorism✍🏾