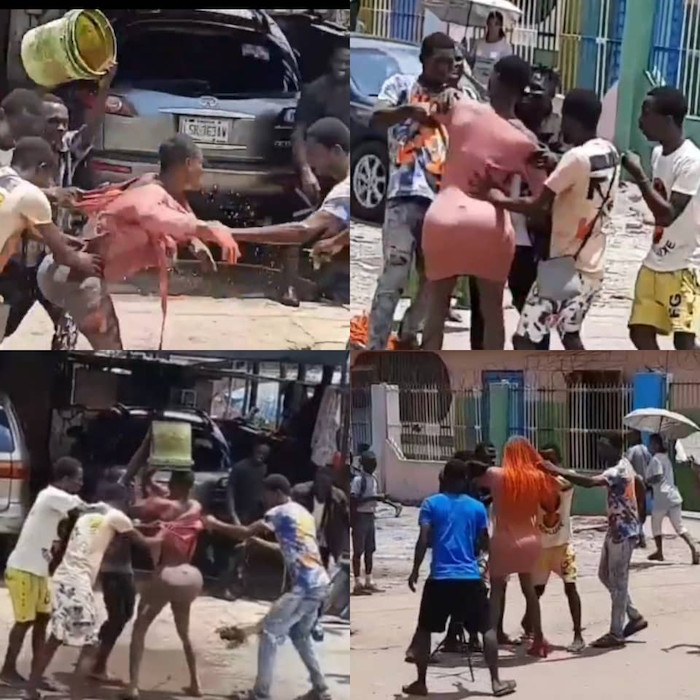 Popular crossdresser identified as Black Barbie of Africa has been beaten mercilessly by angry area boys for filming on a busy road in Lagos.

In the video that has been making rounds, the self-acclaimed Barbie of Africa better known as Nsogbudii was beaten and disgraced by six area boys, for filming his skits in Lagos.

The video captured the moment they tore his clothes and poured water on him.

“Recounting the horrible encounter, Nsogbudii said, I am depressed. I don’t know what I did to deserve what they did to me yesterday. I am so depressed. I don’t know what I would do to get out of this shame. Look at the public disgrace that they gave me. They tore my clothes and beat me for doing nothing. Thank God for my friend who was helping me with the shooting and captured them while they beat me. They torn my cloth. What did i do?”