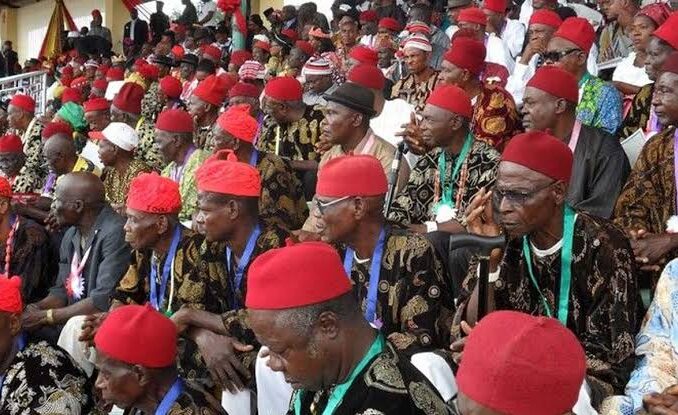 The Ohanaeze Ndigbo Worldwide, on Sunday, cautioned the Federal Government against any deployment of military to the South-East.

It warned that such action could lead to Nigeria’s break up.

He said the “Southeast has remained the nation’s safest place for foreign and local investments. What is happening now is not strange as the UK Ambassador announced in his earlier warnings that Northern bandits were sponsored to the South, possibly to wreak havoc and tensions in the region.

“Our belief and suspicions were reinforced through evidences of serial attacks and violence perpetrated in our zone by ‘unknown gunmen’, a few weeks after UK’s warnings of exodus of Northern bandits heading towards South, with provocative agenda to inflict crisis, anarchy and promotion of civil disturbances, especially in the peaceful Southeast and South-South for political reasons.”

He called on President Muhammadu Buhari “to resist the temptation of military deployment to the South-East as the consequences might be disastrous and a preparatory ground for unending guerrilla activities or another avoidable war.

“Ndigbo has implicit confidence on ESN and Ebubeagu for self defense.

“Military must focus on the insurgency in the North and refuse to fight at all fronts at the same time. Ndigbo are emergency experts and any infiltration in the process of Igbo defensive mechanism might spell doom for Nigeria.

“Ndigbo don’t need military assistance now, except there are high level manipulations to destabilize and destroy our region for political purposes and deny Ndigbo presidency in 2023.”