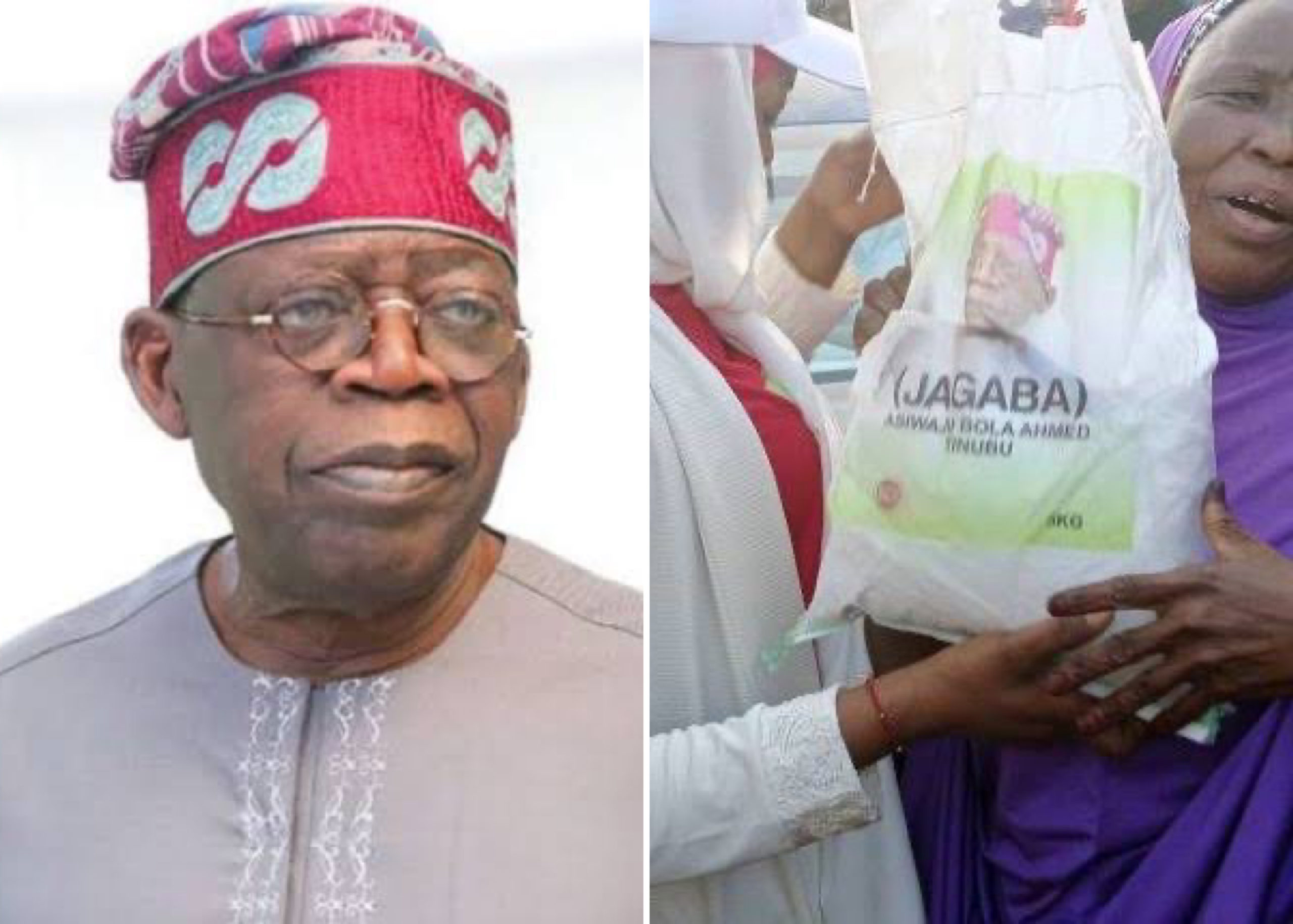 Nigerian politician, Bola Tinubu has reacted to trending photos of his face on rice bags shared in the north.

National Leader of the ruling All Progressives Congress (APC), Asiwaju Bola Ahmed Tinubu, has denied that he personally distributed bags of rice having his face in the north.

Tinubu made the denial in a statement by his media aide, Mr Tunde Rahman, in Lagos.

A viral video of images depicting the face of the APC leader on bags of rice, labelled ‘Jagaba Asiwaju Bola Ahmed Tinubu’, was recently being circulated on some social media platforms.

“We have seen the images being circulated of bags of rice depicting Asiwaju’s face being distributed across parts of the North,” Rahman said.

He said the former governor of Lagos was not responsible for this initiative.

Tinubu, however, commended the efforts of the various groups for their benevolence.