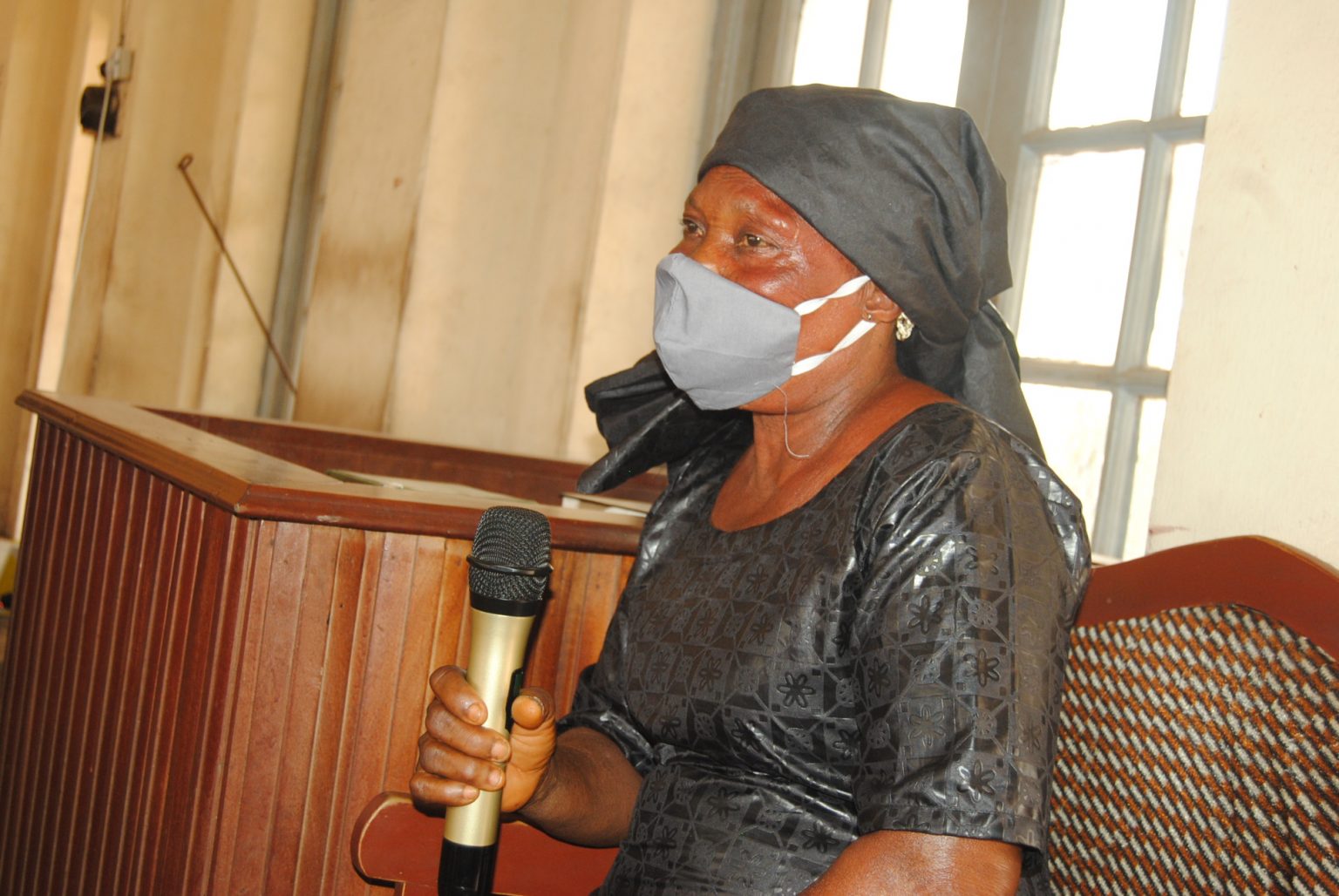 Speaking through her counsel, Barr. Femi Aina, the woman recalled that her husband died in SARS custody, few days after his arrest.

Fatimo Elegbede, a corn seller in Ajibawo community of Ogun State, has demanded a minimum of N20million as compensation for the “unjust killing” of her husband, Segun Elegbede, by police operatives of the dissolved Special Anti-Robbery Squad (SARS) in Ogun State.

Mrs Elegbede had filed a petition before Ogun State judicial panel on police brutality that her husband was shot and dragged away to an unknown destination by SARS operatives, who stormed Ajibawo for an operation led by ASP Adeyemi Ganiu in October 2016.

Speaking through her counsel, Barr. Femi Aina, the woman recalled that her husband died in SARS custody, few days after his arrest.

In an attempt to get justice for Segun Elegbede, the counsel had written several petitions to the police authority in 2016 and 2017, asking that an autopsy be conducted to unravel the mystery behind Segun’s death.

The lawyer’s petition, it was gathered, prompted the office of the Inspector-General of Police to give an order that the Ogun State Police Command should “contact the family for post mortem”.

However, the corpse was released to a nephew of the deceased, one Sunday Elegbede, who was said to have hurriedly buried same without the autopsy.

Speaking before the panel on why the autopsy was not conducted as ordered by the IGP, the Investigating Police Officer, ASP Aina Morenikeji and the Officer-in-Charge of the State CID, CSP Olabode Olufemi, told the panel that Sunday, who paraded himself as the family head, led the deceased’s three children, Tosin, Titi and Gbenga to Eleweran, Abeokuta to demand for the release of the corpse without an autopsy.

READ  King, his cousin, a pastor and others arrested for kidnapping in Imo state (photos)

The police officers mentioned that Sunday and the deceased’s children came with a court affidavit, wherein they confirmed that Segun was involved in illegal possession of firearms, pleading that the corpse be released without any need for a post mortem.

But while being cross-examined before the panel, Sunday denied going to court to swear to an affidavit, adding that his uncle was never involved in illegal possession of firearms or any criminal activities.

Sunday, who said he could not read and write, explained that the papers he signed were given to him by the police.

“I can’t read or write. I signed the papers as given to me by the police and I have the photocopies at home. I didn’t go to any court for any ‘paper’ and I didn’t give the police my photo.

“The police read what is in the paper to me before I signed it, but they didn’t mention that I said Segun Elegbede was involved in illegal possession of fire arms. I didn’t say anything like that. My uncle had no bad behaviour. He was just unlucky.

“I am sad that he died in police custody. He didn’t know anything about the incident he was arrested for. But, I just believe that a man would die one way or the other. That was why I came for the corpse.

“I didn’t tell the police not to carry out an autopsy on my uncle before they took me to the mortuary to see his corpse. It was after the burial that I said I would not allow them to exhume the body for any examination,” Sunday disclosed.

READ  ‘Emir Sanusi must appear before us’ – Anti Corruption Commission

Speaking further, he said, “The police gave us N1million for the burial. They sent it to us through a man known as Tokis in Sango.”

In his closing remarks on Wednesday, the counsel to the petitioner, Aina told the panel that no amount of money would be enough to replace the life of Segun and the pains the wife and his other family members had been going through since 2016.

However, Aina demanded that she be “compensated with a minimum of N20million, a maximum of N30million or in the alternative, in-between the two.”

Aina posited that “all evidences before the panel pointed to the fact that the deceased died in police custody and there was a cover up.”

According to him, “the police went as far as bribing a nephew of Segun with a sum of N1million and presented a false affidavit to prevent a post mortem, even when there was an order from the office of the IGP that the post mortem must be be carried out. Why the cover up?

“Segun Elegbede’s earthly journey ended on October 20, 2016, but Fatimo Elegbede’s love for him never dies. That is why she has been consistent in getting justice for her late husband since he died close to five years ago.