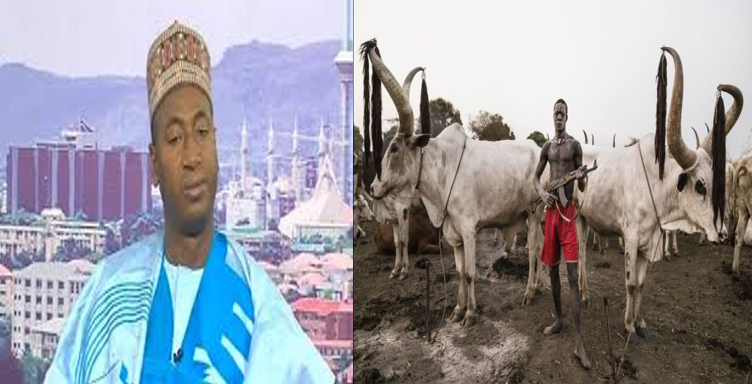 The Miyetti Allah Cattle Breeders Association of Nigeria (MACBAN) has said some herdsmen engage in criminal activities because of ignorance and poverty.

This was made known on Thursday by MACBAN Secretary-General Othman Ngelzarma in Kaduna while addressing the Arewa Consultative Forum (ACF) National Executive Council (NEC) led by Chief Audu Ogbe.

While revealing that herdsmen become poor because of the stealing of their cattle, he said the solution is to settle the pastoralists within a place and educate them.

Ngelzarma said: “The merchants take advantage of the ignorance of the young Fulani and their poverty to engage them crime.

“Crime is everywhere. When you catch criminals, you always get Fulani among the group because of their lack of education, their ignorance and their poverty.

“We all see on social media when these herders who are engaged in crime are asked about how much was given to them out of millions collected from their victims, they would say N30,000, N40,000. This is to show that some big merchants are behind this.”

“Most of the Fulani especially in the South are only grazing the cattle for other people; the cattle are not theirs.