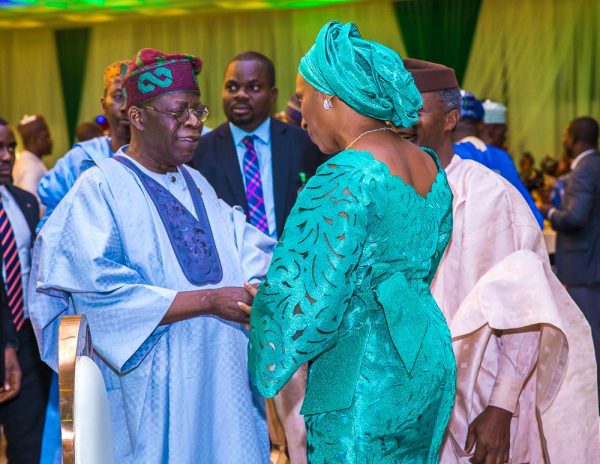 In his second Freudian slip in as many weeks, the national leader of the APC, Bola Ahmed Tinubu, embarrassed the wife of Vice-President Yemi Osinbajo.

He made the gaffe while speaking on Thursday in Abuja at the launch of Aisha Buhari’s biography titled, ‘Aisha Buhari: Being different’.

Asiwaju Tinubu was the chairman of the event which held at the Banquet Hall, presidential villa, Abuja.

The former Lagos state governor has erroneously described Dolapo Osinbajo, wife of the vice-president, as the “wife of the president”.

After the gaffe, Tinubu paused for a couple of seconds before continuing his remarks.