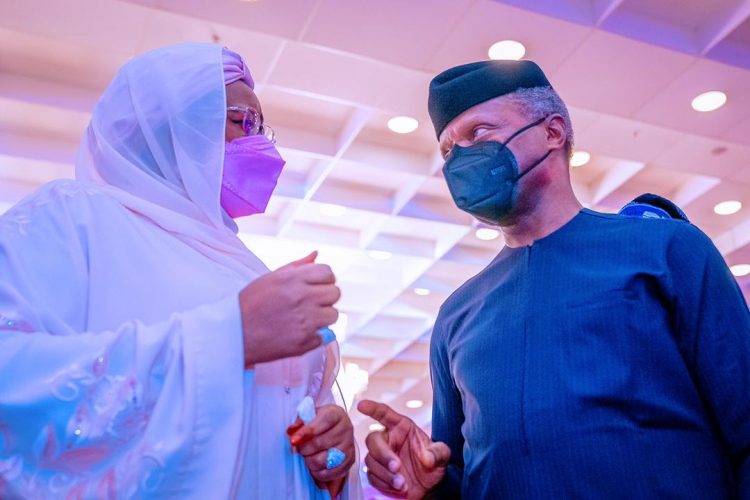 Nigeria’s Vice President has revealed why he believes the wife of the President, Aisha Buhari is a controversial figure.

According to Osinbajo, Aisha Buhari is seen to be controversial due to her forthright views and truthfulness on issues.

The Vice President stated this in a series of tweets on his Twitter handle.

He pointed out that the First Lady had over the years commented on issues like good governance, security, welfare, quality education, Army pensions, among others.

According to Osinbajo: “Nigeria’s First Lady, Aisha Buhari, is known for her forthright views – crisp, truthful and every once in a while, controversial.

“Over the years, she has touched and highlighted salient points in conversations exploring issues that concern Nigerians such as: Good governance, Security, Welfare, Quality education, Army pensions, Drug abuse, as well as the violation and victimization of women.”