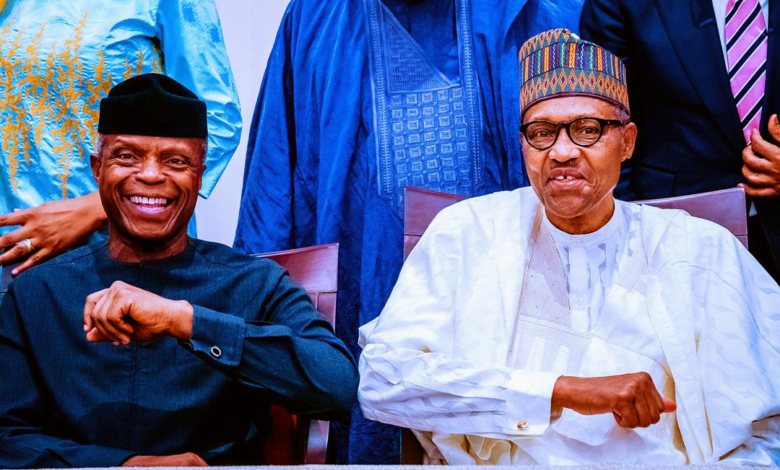 The federal government has alleged that some Nigerians are trying to incite enmity between President Muhammadu Buhari and Vice President Yemi Osinbajo.

The Minister of State for Labour, Festus Keyamo made the allegation in a tweet in the early hours of Thursday, 8th April.

According to him, such people are trying to play the card that Buhari sees Osinbajo as a gentle and submissive person who can be easily manipulated to suit his own demands.

But Keyamo submitted that rather, the Vice President is a loyal person who understands duty and commitment and has refused to gratify the fantasies of those who want to destroy the good relationship between him and President Buhari.

The Minister also described those trying to cause bad blood between Buhari and Osinbajo as anarchists, adding that their desires to see the current administration crumble won’t come to pass.

He wrote: “The intention of those castigating the VP as being ‘docile’ is to egg him on to rebel against his boss. They know he’s dutifully performing his constitutional roles, but these are anarchists who would wish this govt crumbles. The dutiful VP has failed to fuel their warped fancies.”

Then he later added that: “Democracy is NOT the govt of the educated, by the educated & for the educated. No one will come & worship your certificate & concede power to you. It’s indeed a measure of education to respect & accommodate all shades of people & opinions & then access power through such humility.”