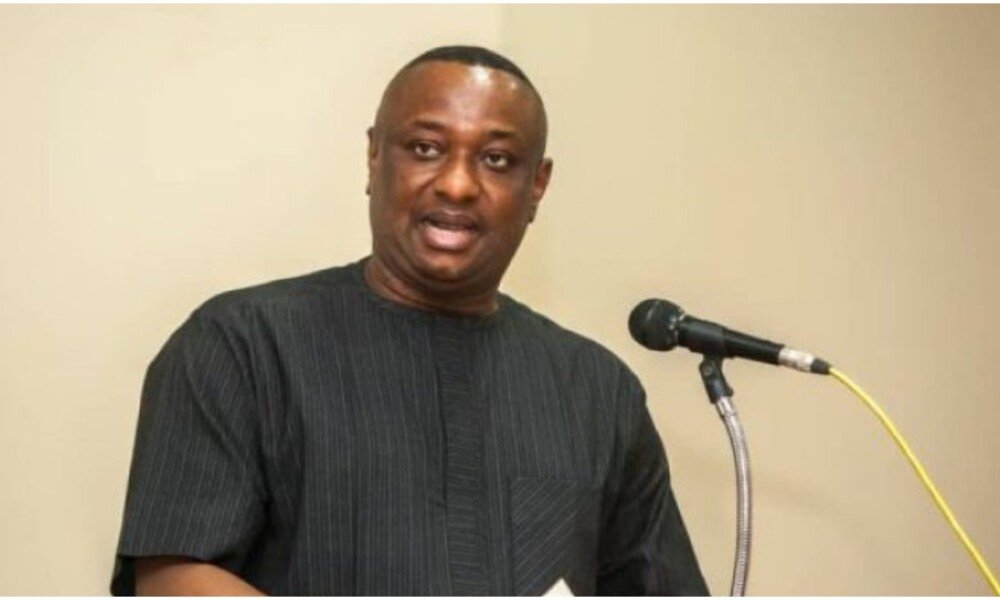 The Minister of State for Labour and Employment has opened up on those pushing Osinbajo to rebel.

Festus Keyamo, the Minister of State for Labour and Employment has alleged that some anarchist are pushing Nigeria’s Vice President, Yemi Osinbajo to rebel.

He said those who want Osinbajo to rebel against President Muhammadu Buhari wants the current government to crumble.

He, however, described Osinbajo as a dutiful Vice President who has refused to do their biddings.

In a series of tweets, Keyamo wrote: “The intention of those castigating the VP as being ‘docile’ is to egg him on to rebel against his boss.

“They know he’s dutifully performing his constitutional roles, but these are anarchists who would wish this govt crumbles. The dutiful VP has failed to fuel their warped fancies.

“Democracy is NOT the govt of the educated, by the educated and for the educated. No one will come and worship your certificate and concede power to you.

“It’s indeed a measure of education to respect and accommodate all shades of people and opinions and then access power through such humility.”

Buhari was criticized for refusing to handover power to Osinbajo before traveling to London for his routine medical checkup.

Dino Melaye, former Kogi West Senator had called on Buhari to transmit power to his Vice.

Olusegun Bamgbose, a chieftain of the New Nigerian Peoples Party, NNPP, on his part said it was now very obvious that Osinbajo is no longer wanted at the Presidency.

However, the Presidency responded that Buhari would govern Nigeria from his current location.

Buhari’s spokesman, Garba Shehu said it was unnecessary for the president to transmit power to Osinbajo.