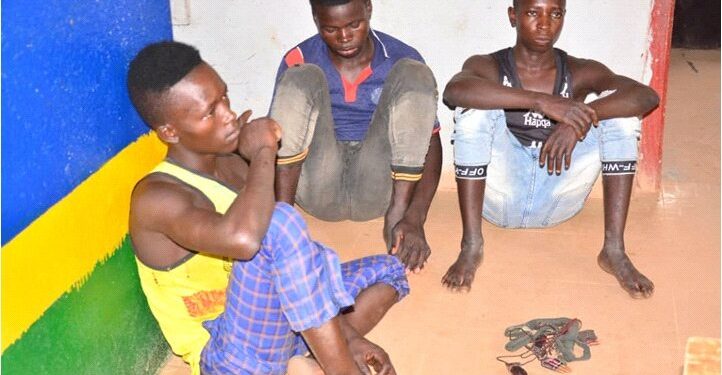 The Ondo State Command of the Nigeria Police Force has confirmed the arrest of three hoodlums with ammunition and charms.

The suspects were arrested for unlawfully being in possession of the ammunition. The Police Command disclosed that the suspects who were on a motorcycle were nabbed by personnel on stop-and-search patrol along Ala Road in Akure.

The suspects were identified as Salisu Abdullahi, Mamuda Adamu and Tijani Alilu. The state Police Public Relations Officer, Mr Tee Leo- Ikoro, explained that the suspects were arrested with live ammunition and charms during the Easter celebration, near the forests in the Ala area of the town.

Ikoro noted that they were unable to explain why they were with charms. The PPRO noted that the development “attested to the pro-activeness of the command to protecting lives and property of citizens during.”

Ikoro urged residents to be security-conscious and report any strange movement of persons in their respective domains to the police for onward action.