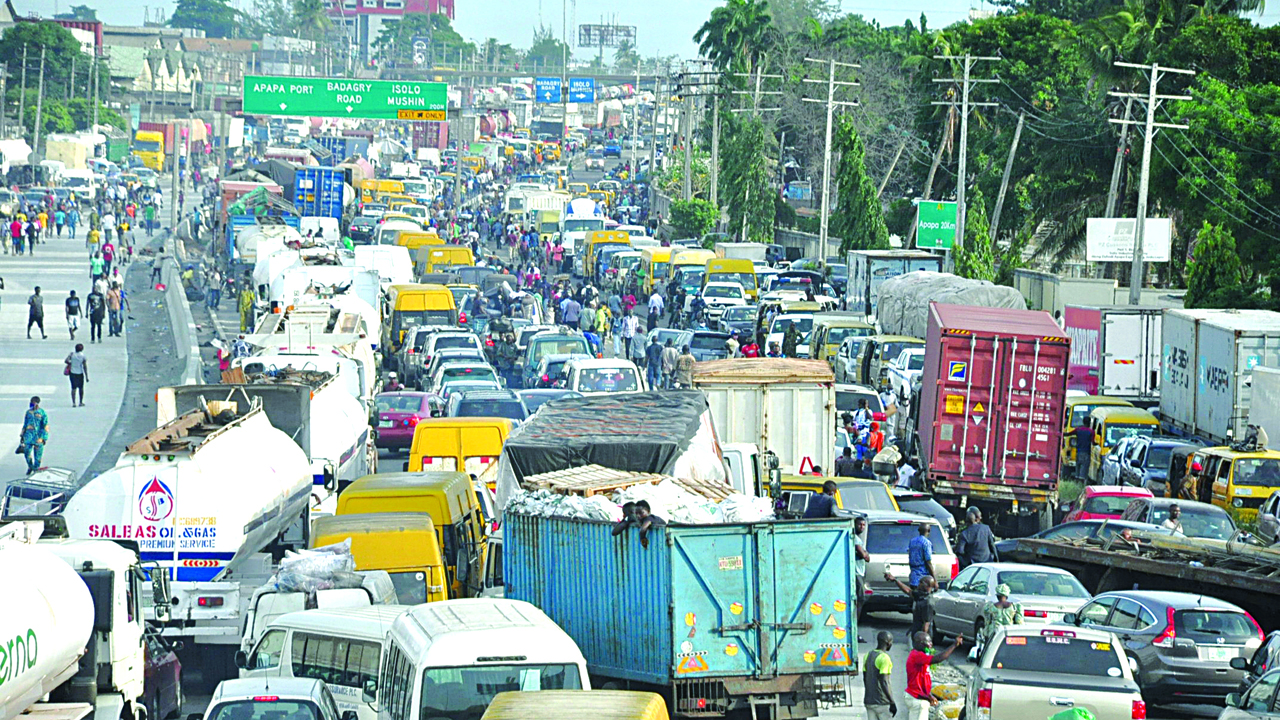 Miffed by the perennial hardship on Lagos roads, the Lagos State Prominent Indigenes have called on the state government to develop other means of transportation, particularly waterways to alleviate the suffering of commuters and other roads users on a daily basis.

In a statement signed by their spokesman, Chief Adesunbo Onitiri, in Lagos yesterday, the group regretted that Lagosians now face more hardship in commuting within the metropolis.

“You can hardly reach your destination without spending a whole day on Lagos roads. Many business opportunities have been lost and a lot of people frustrated by their failure to meet appointments, no thanks to unending traffic hold-up on Lagos roads.

“The stress on our roads is now becoming unbearable that it can trigger a mass revolution earlier than expected.”

They noted that Lagos roads are now fast becoming inefficient in commuting Lagosians to their various destinations, saying the closure of most roads by the authorities is becoming too rampant due to repair works, which should not have been.

“Most Lagosians waste unnecessary economic hours commuting. Lagos State is an island surrounded by water. Therefore, our waters present an easier and cheaper means of transportation.
“Most of Lagos divisions like Badagry, Epe, lkorodu and Lagos island can be easily reached through the sea. A state that prides itself a megacity should have developed its waterways and rail.

“Granted that we missed the metro line proposed by the late pragmatic Jakande regime, the planners should have gone to work on the waters, with our huge internal resources.

“Better late than never. It may be a bit difficult to embark on the underground train system, but we can harness our ocean economy. We urge the governor to review all wastages in the system like the Alpha Beta contracts, the illegal collection of taxes by the National Union of Road Transport Workers (NURTW), the market unions, et cetera and direct such wastages to develop our ocean economy and thus provide jobs for our restive youths,” the statement read in part.

They also implored Governor Babajide Sanwo-Olu to urgently complete the Lagos-Badagry Expressway, without delay, adding that works should also commence on the Lagos Fourth Mainland bridge.