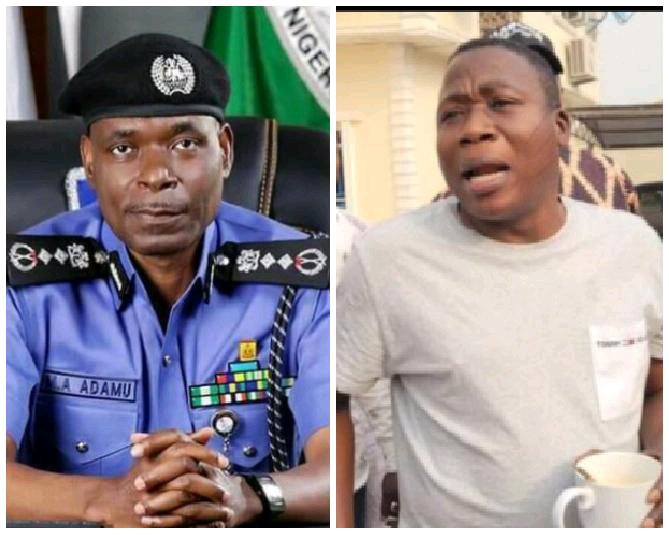 In a press statement issued by Igboho’s media aide, Olayomi Koiki, a letter was sent on Thursday to his boss via a courier service and another with about 15 police officers.

Sunday Adeyemo, the Yoruba freedom fighter, who is popularly known as Sunday Igboho has explained why he did not accept an invitation by the Inspector-General of Police, Mohammed Adamu.

In a press statement issued by Igboho’s media aide, Olayomi Koiki, a letter was sent on Thursday to his boss via a courier service and another with about 15 police officers.

Olayomi explained that both were not received by Igboho’s security operatives due to safety reasons as such a letter had purportedly led to the death of Nigerian journalist, Dele Giwa.

The statement read, “We would like to tell the international communities and every Nigerian that this morning 1st of April, 2021, a letter was sent via DHL to Chief Sunday Igboho but the letter was not received by his security operatives.

“Later around 3 pm of the same day, a team of about 6 men without uniform arrived in a Corolla car and another 9 were in police uniform but all were identified as police officers.

“They wanted to see Chief Sunday Igboho with a letter said to have been addressed to him by the Inspector General of Police. Again, the letter was not received by Chief Sunday’s security team.

“Chief Sunday would like to know why a letter was sent to him and for what purpose. If the IG of police wants to invite him, we would like him to first send the same letter to all the bandits and Boko Haram members killing our mother’s and farmers and those kidnapping them.

“Since the IG of police wants to invite him, he should make a public statement addressed to Chief Sunday Igboho.

“We should all remember how letters had been sent to previous Yoruba sons like the late Dele Giwa.”

A team reportedly comprising policemen, soldiers and others had in February attempted to arrest Igboho on the Lagos-Ibadan Expressway.

The security operatives, however, failed in their attempt to arrest him.