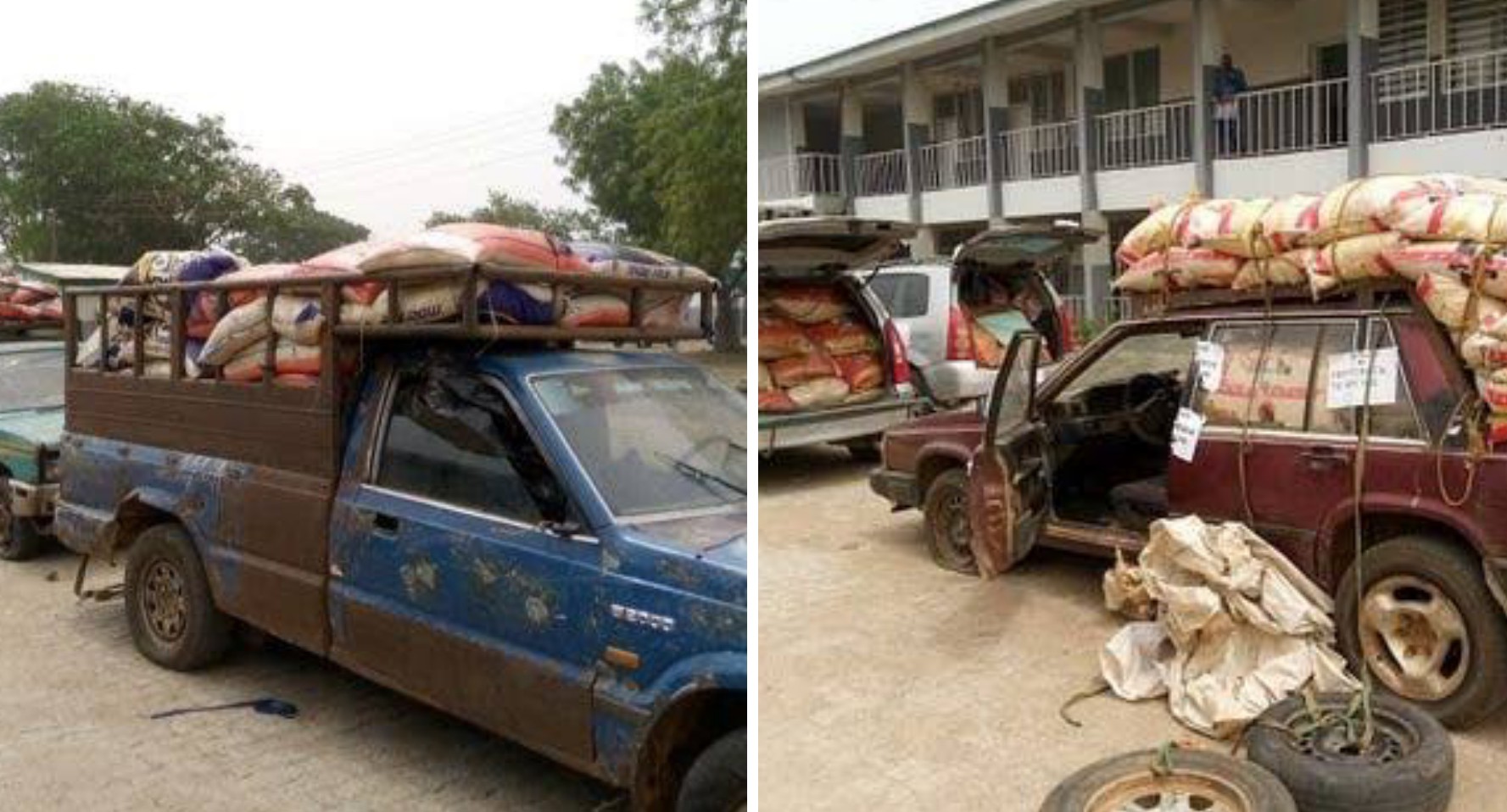 Speaking with journalists in Ilorin on Tuesday, the Coordinator of the patrol team, Comptroller Olugboyega Peters, said that the seizure, worth N19.4 million, was made in a single catch in one night.

The JBPT leader also said that the team made 43 seizures within 18 days from Mokwa-Jebba, Gwanara, Okuta and other axes of the sector added that seizures include: 23 Units of Used Vehicles, 1,274 bags of foreign parboiled rice, one locally-made gun, a pistol and 8 cartridges, 9 drums of AGO, 242 jerricans of PMS, 7 motorcycles, and 7 Jerri Cans of 25litres of groundnut oil. The Duty Paid Value (DPV) of the seized is N61,002,800

“Five suspects were apprehended in connection with the locally made pistol and cartridges. They are illegal immigrants and were handed over to Nigeria Police Force and Nigerian Immigration Service on 25, March 2021,” he said.

Comptroller Peters, who said that the sector had stepped up extra measures to combat the influx of smuggled foreign rice and other prohibited items into the country, added that the continued synergy among security agencies had helped to tackle the menace of insecurity, trafficking, and smuggling.

“I have said this before, and I will continue to say it that there is no retreat on the fight against smuggling in whatever guise. We cannot continue to fold our arms and allow every Tom, Dick, and Harry come in and out of our country illegally,” he said

He said that border closure is required to ensure maximum security and encourage local farmers.

“Border closure is not meant to hunt members of any community or individual but aimed at encouraging local farmers, control the inflow of arms and ammunition, illegal immigrant, stop illicit drugs and all other prohibited goods in and out of the country and improve the economy,” he said.