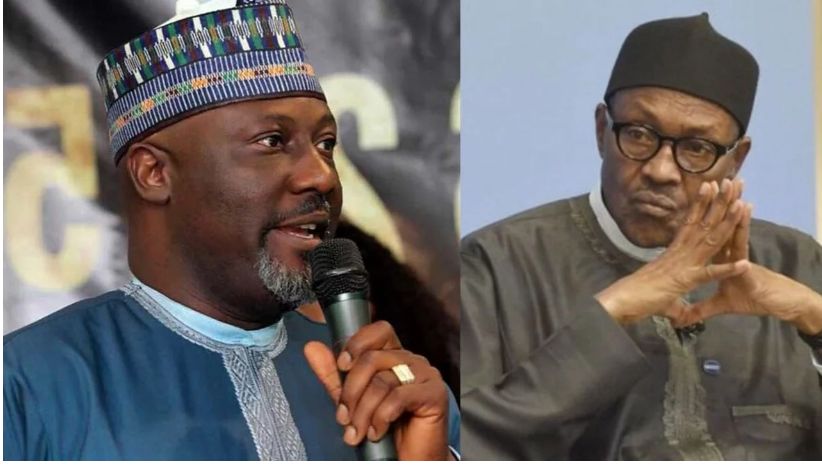 Dino in a video post on his Twitter account also claimed that the sum of N10 billion was spent every month to maintain a non-functional refinery in Nigeria.

The former lawmaker called on President Buhari to investigate the petroleum ministry, lamenting that the refineries have not been productive despite the amount of money spent on it.

Dino stated this while reacting to the plan of the Federal Government to spend $1.5 billion on the rehabilitation of the Port Harcourt refinery.

The Federal Executive Council last Wednesday approved $1.5 billion (about N600 billion) for the renovation of the Port Harcourt refinery.

President Buhari at the FEC virtual meeting approved the amount, a development that did not go down well with Nigerians.

Melaye in his reaction said, “I want to call on you, Mr President to carry out forensic investigation on the petroleum sector and specifically, this outrageous, irresponsible, calamitous renovation which is about to take place.”

“And I want also to put it to you that over the years, we have been spending over N10 billion every month in the maintenance of a dead refinery that is not producing. Mr President, with all these statistics, it is laughable and outrageously unreasonable for anyone wanting to invest $1.5 billion (over N7 billion) on a Port Harcourt refinery.”

“Mr President, as I speak to you, that refinery was up for sale a few years ago for $500 million something. If it was up for sale for $500 million, why on earth will anybody want to renovate with $1.5 billion? Mr President, enough is enough! We are waiting for you to act on this. Failure to act on this, Nigerians will act. We have no other country to call our own. We are ready to carry out a peaceful action to press you and those in power and to be responsible for governance. Nigerians are now forced.”