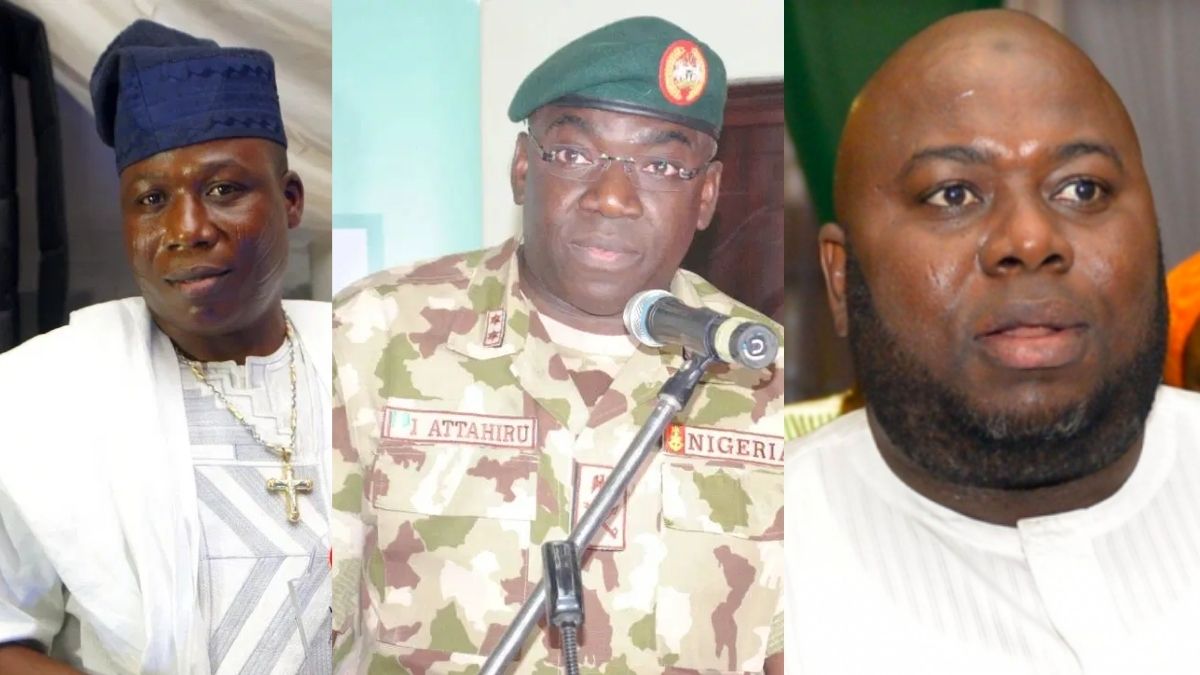 Ijaw communities have advised the Chief of Army Staff, Lt.-Gen. Ibrahim Attahiru, against his plans to go after separatists such as Biafran and Oduduwa secessionists, Alh. Asari Dokubo and Sunday Igboho.

The communities under the auspices of the Movement for Survival of Ijaw Ethnic Nationalities (MOSIEND) said any move against the duo would escalate tension in the country and heat up the polity.

MOSIEND President, Kennedy Tonjo-West, who spoke in Port Harcourt, Rivers State, said instead of dissipating its energy pursuing Igboho and Dokubo, the army should channel its efforts to flush out Boko Haram insurgents, bandits and armed herdsmen.

West argued that secession and self-determinism should be treated as constitutional and civil matters and left under the purvey of the police and the Ministry of Justice.

He said the army would only distract itself from the mandate it received from President Muhammadu if it began to run after Dokubo and Igboho.

He said: “Lt.-General Ibrahim Attahiru’s promotion and appointment as the Chief of Army Staff is seen as a commendable one as he has the requisite training and capacity to contain and exterminate Boko Haram, armed herdsmen and bandits across the country.

“The principle of secession and self-determination is a constitutional and legal matters hence, the proper person to make statement on the issue is Minister of Justice and Attorney-General, who is the chief legal officer of the Federation and not the COAS.”